The Stihl MS441 is NOT the most popular pro Stihl chainsaw – far from it.

It came second in our worst Stihl chainsaw poll and is often described as “gutless”, “problematic”, and “Stihl’s version of a Husky.”

But that’s not to say it doesn’t have its fans, because it does.

There are just as many people who have found the 441 to be a solid, reliable, or even great saw. The problem is that it’s not universally loved like some of the alternatives.

Let’s find out why some people hate it and other people love it. 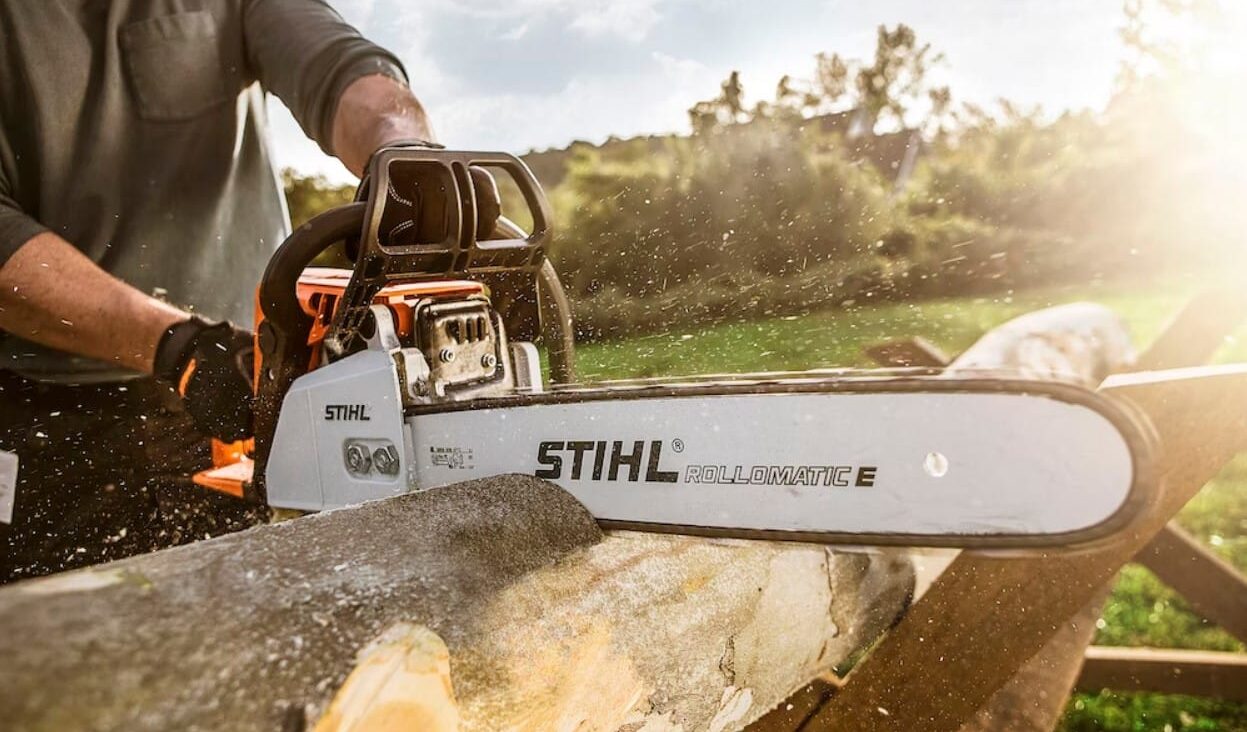 The MS441 is no longer for sale new from dealers. It was discontinued in 2019.

The years made for the 441 and similarly powered saws:

The 044 is maybe the most popular of these saws, of which you’ll read, “Stihl stopped making that model because they are too well made. They didn’t make any money in parts or replacement.”

However, compared to its predecessors, the 441 doesn’t have the same reputation and is prone to having a lot of issues.

Stihl even took it off the market for a year or so and told dealers to full warranty any engine problems till they re-designed it. These issues were to do with the M-Tronic saws.

It is a very different saw compared to the 440, which we’ll get into below, and most parts cannot be transferred.

The exact specs and features will vary depending on the year and location of manufacture.

For example, early 441s were not M-Tronic, whereas newer models were.

It had all of the standard features of a pro saw of that era, including a good anti-vibration system, side-access chain tensioner, toolless fuel and oil tank caps, and so on.

It has a magnesium casing and decompression valve – features not found on all Stihl chainsaws.

If you have a 441 with comfort features, see our post on what the C means on Stihl saws to find out what it’s designating.

You can see that the 441 has a slightly higher horsepower than the 440, but it’s almost an entire pound heavier as well.

They are said to be more efficient because they have an additional carb butterfly that introduces a pocket of air that separates the mix and exhaust charges. They typically run higher RPMs than their traditional counterparts. However, they can also be easier to bog down.

The 440 was the switch to the MS series from the 044 and the 460 (which is also often compared to the 441) was the switch from 046. They’re basically the same saws, just with different piston sizes.

Bucking Firewood With The 441

The 441 is a decent firewood saw – it sure beats non-pro chainsaws anyway.

It can be a bit heavy for blocking firewood rounds unless they’re over 20″ all the time, but it’ll rip through most of what you can throw at it, hardwood and softwood.

It can be a good idea to get a smaller saw too, like the MS250 or MS261, for when you’re working with smaller logs.

Felling Trees With The 441

The 441 is a pro Stihl Chainsaw and is certainly capable of use as a felling saw.

Because of its weight and potential for problems, it’s not one for full-time use, but it is suitable for dropping decent-sized trees when needed.

Just search #stihlms441 on Instagram and you’ll see tons of images of trees that have been felled by the 441, as illustrated above.

If you’re looking for a saw primarily for felling, you’d be better off with something like the 500i or the 064.

A lot of people use the 441 for milling, but that doesn’t make it OK 🤣

But seriously, it’s not the best chainsaw for milling. Usually, you’d want something that’s at least 80ccs and above.

The 441 can be run with a 32″ bar, but it doesn’t pull it exceptionally well. It runs best with a 25″ which is likely too short for milling, but it’s easy to blow up this saw anyway if you put it under too much strain.

The Holzfforma G44 is a Chinese substitute for the 441 if you don’t mind clone saws, and would be cheaper to test out on the mill.

You can get a good look at the 441 in the video above.

Don, who is a small engine mechanic, had this 441 brought into his shop with problems and he gets it running again.

As for a 441 review, check out these comments I collected from real owners and users of this saw. We’ll start with all the negative comments and follow up with the positive.

I have one. It’s not a great saw. It’s not a horrible saw. It isn’t well balanced compared to the 461, for example (I have one of those too). But it does cut. I got a great deal on mine… it was given to me – thankfully I didn’t spend anything on it.

It is a lot easier to find bad comments about this saw, but that’s usually the case for anything. People are more willing to speak about their negative experiences than their good ones.

There are plenty of those who cannot understand the hate for the 441, but as is often mentioned, perhaps they don’t know the difference?

If the 441 is the only pro saw you’ve ever used, and you haven’t compared it to one of the better reviewed saws, you wouldn’t see the problems as much.

It’s an unremarkable saw as far as power to weight goes. As to dependability, I haven’t seen a lop sided failure rate on this model vs other Stihl pro saws. It’s still a better choice then a clam shell.

There are still plenty of parts out there, so if something happens, that shouldn’t be an issue. 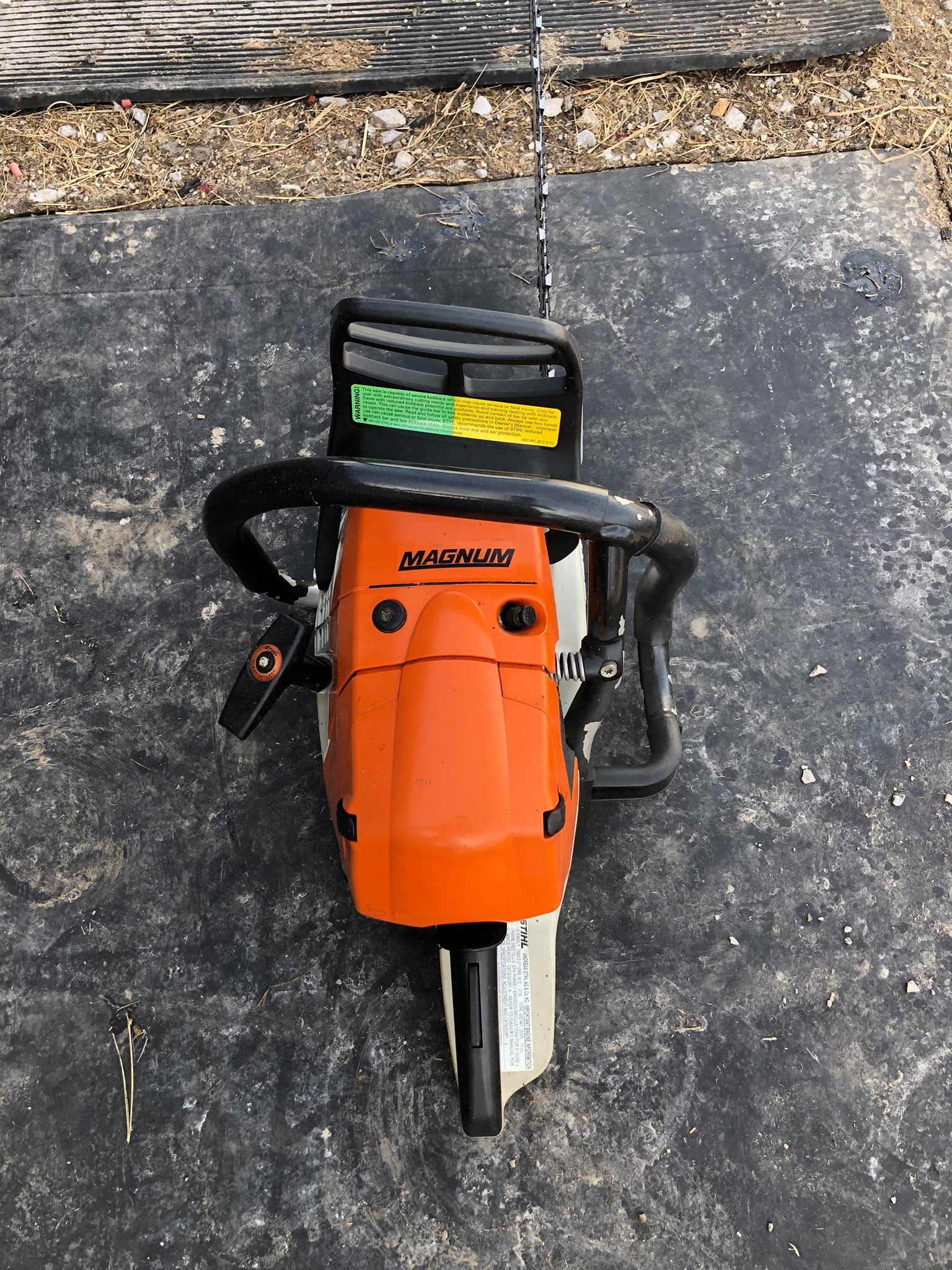 Is the Stihl MS441 a good chainsaw?

It’s one of those saws that people will disagree on forevermore.

It isn’t the worst saw in the world, it’s just that there are much better options out there.

If your options or budget are limited, and the 441 is the best chainsaw presenting itself, I wouldn’t write it off completely.

Do your due diligence when buying a used chainsaw, avoid buying a lemon, and you could get lucky.

It’s difficult to say how much you should pay for a 441, as prices fluctuate wildly depending on location (and ongoing price inflation for such things). But for a model in good condition, you could expect to buy or sell it for $400.

If you’ve recently bought a 441 or have a 441 for sale, let me know the latest pricing expectations in the comments below. And feel free to leave any other comments as well.