Have you seen the BaSt-Ing VinZent?

It’s a piece of PPE that is said to prevent injuries from falling branches when working with a chainsaw.

It is worn like a backpack and is designed to disperse the impact of a falling branch.

But rather than trying to explain it further, just watch this video and you’ll get it.

So unless you speak German, you probably didn’t understand much of that.

It’s a real product that can be bought for a little over €750 on their website here (probably only in Europe).

VinZent is the cleverest protection for the hardwood harvest, which greatly minimizes the risk of injury from falling branches.

It’s supposed to be comfortable to wear with padded shoulder straps and weighs only a minimal amount.

They claim that you still have complete freedom of movement and that you’re not restricted when looking up. 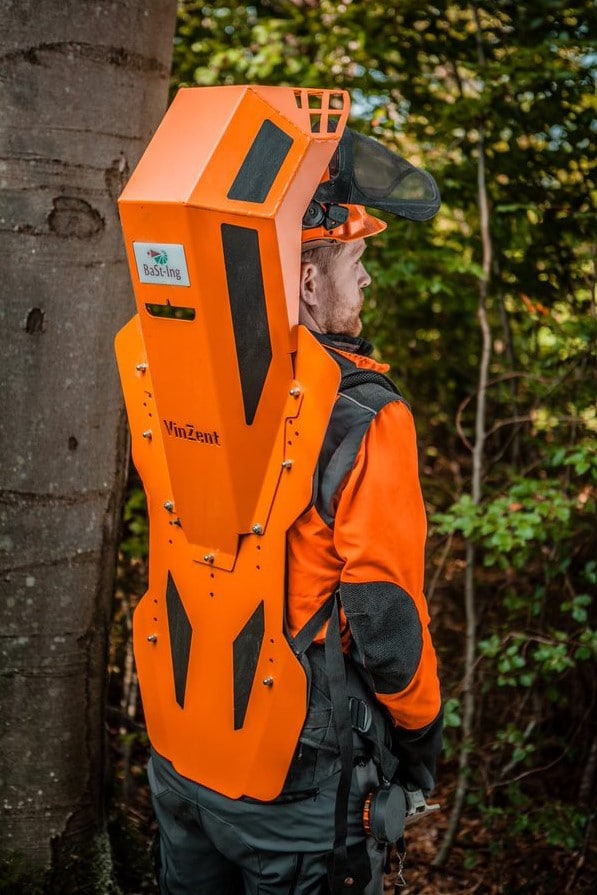 However, by the time you have your chainsaw chaps, chainsaw gloves, chainsaw helmet and visor, and other PPE on, you’re already reasonably burdened.

It’s a good idea to have something for increased head and back protection, but I imagine it is a bit tough to add this on top.

If you’re working in warm climates, in particular, every extra piece of PPE is another layer that’s going to warm you up further.

I think it’s better just to get the best of the best other gear, such as the Protos Arborist Helmet, or another good arborist helmet, which already offers excellent head protection. Then you can save on more complicated devices like the BaSt-Ing VinZent.

However, if you think this invention might be of use to you, and you can afford the expense, why not give it a go?! 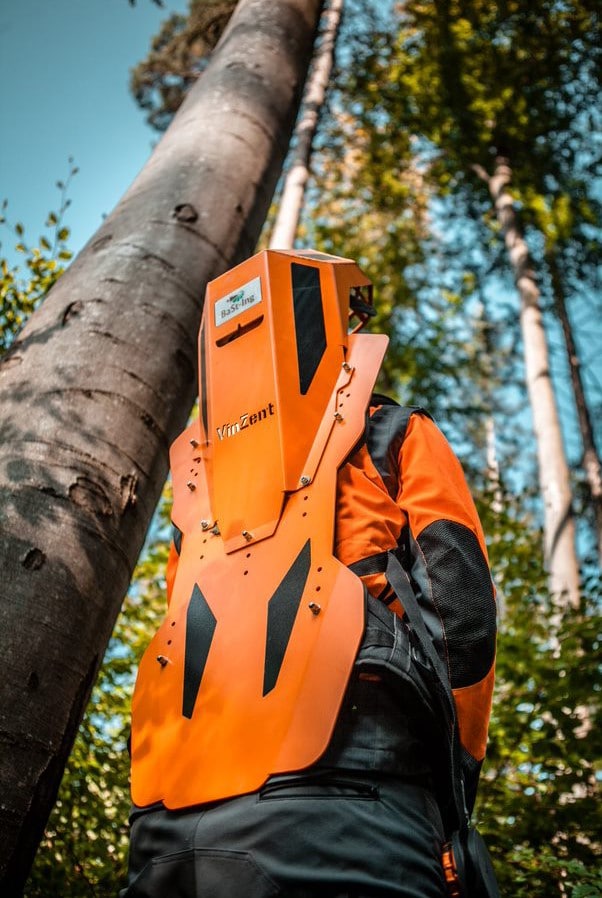 I found out about this device after someone shared it in a Stihl Chainsaw Facebook group.

Here are some of my favorite comments from the post.

Does it come in ninja turtle paint

asking for a friend

Get two and wear one backwards for those lunchtime chainsaw battles.

Most of the comments are jokes because the thing is a little ridiculous.

However, there are a few who thought that, depending on the situation, it could be helpful.

Kyle had a good point:

At what point is the crossover between safety and fatigue. If you are dying of heat exhaustion from wearing excessive ppe you are no longer safe to work.

And the overall consensus was that it would make working in the forest more difficult.

There are vines and low branches that will snag on the device, making it more of a nusance.

The best advice is that when you are cutting down a tree, get out of the fall zone.

Either way, it was the Germans who invented the first chainsaw for cutting wood, and we can now add the BaSt-Ing VinZent to their list of innovations as well.

SOLVED: How To Start A Flooded Chainsaw Without Tools In Under A Minute