Where are DEWALT Chainsaws made and who makes them?

Dewalt sells up to 5 different battery-powered chainsaws around the world, but two of them are most popular in the US: the 20-volt MAX XR Chainsaw and the 60-volt FLEXVOLT Chainsaw.

You can read our DEWALT chainsaw review to learn more about these two tools, and we’ll focus on where they’re made in this post.

Where Are DEWALT Chainsaws Made? 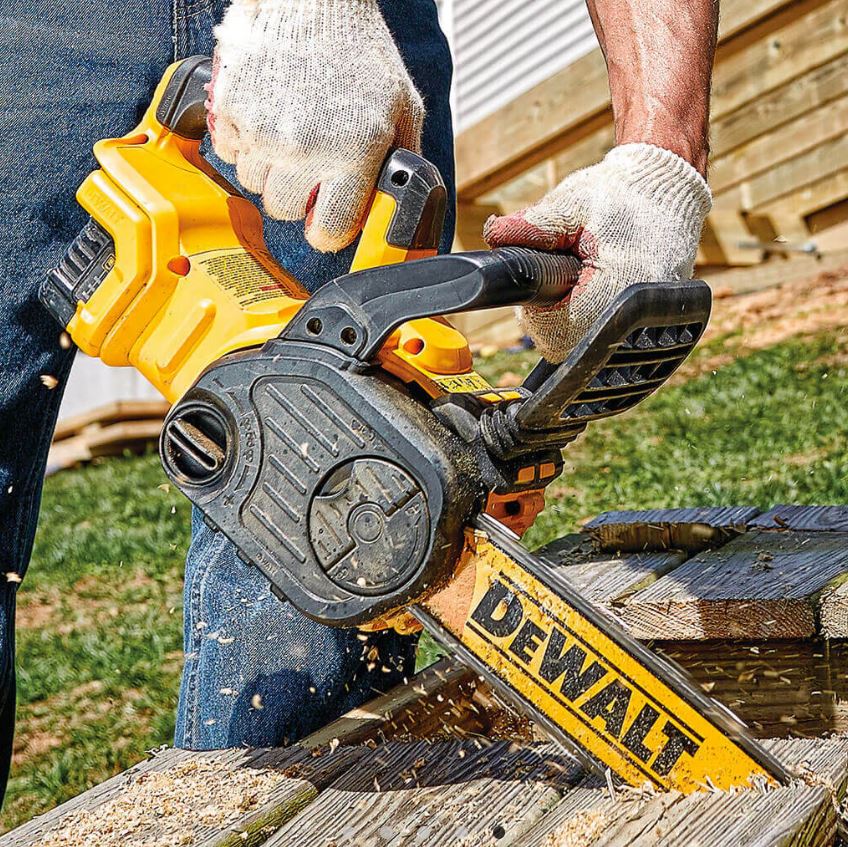 DEWALT has manufacturing plants around the world, including in the:

Some of these facilities are merely assembly plants, while others are involved in the manufacturing of specific components through to entire tools.

In January 2022, the was a recall of the DEWALT DWCS600 Electric Chainsaw that was manufactured in Mexico.

The problems were that the chainsaw would start by itself or not switch off – pretty horrifying – though there have been no injuries recorded.

Are DEWALT Chainsaw Made In The USA?

The DEWALT range of tools is huge – they sell hundreds of different battery-powered tools, including dozens of different types of saws from table saws, reciprocating saws, and our favorite, chainsaws.

The parts, components, and other materials come from all over the world to be put together into the finished tools, so as with most things these days, it’s a global effort to get it made.

But where are DEWALT chainsaws made?

The most popular DEWALT chainsaw, the MAX XR (here on Amazon) is made in China.

There are reports that the box says ‘Made in the USA,’ however upon opening the box and checking out the saw, people find ‘Made in China.’

It’s likely mostly made in China and then either assembled or packaged in the USA and one of the American DEWALT plants. Either way, it seems ‘Made in America’ doesn’t always mean the entire thing is manufactured and put together in the US.

The 60 v FLEXVOLT (here on Amazon) is also manufactured in China.

Both the owner of DEWALT and buyers of this chainsaw are agreed on this and there doesn’t seem to be any suggestion of being made in America or anywhere else.

So while some DEWALT tools are made in the USA, it doesn’t appear that that’s the case with their chainsaws. The models sold in the USA are most likely made in China.

It probably goes without saying, but Stanley Black & Decker also owns and sells the Black & Decker chainsaw range. These are cheap battery-powered chainsaws but are still nonetheless popular with homeowners.

Whereas the Dewalt chainsaws are often used on construction sites, the Black & Decker chainsaws are mostly seen as a homeowner chainsaw for pruning tree branches and shrubs.

If you read the DEWALT chainsaw Amazon comments, you’ll see that a lot of the answers in the Q&As are given by STANLEY BLACK+DECKER, and this explains why.

So there you have it, DEWALT chainsaws are made in China – at least, the chainsaws sold in the USA are.

Other DEWALT chainsaws, such as the 18v or 58v chainsaws sold in the UK are also likely made in China, however, they could come from another plant in Europe or the UK itself. That info isn’t available right now.

Stihl chainsaws are made in the USA and Husqvarna also makes chainsaws in the US, but it’s not the case with these cheaper brands. You’ll have to spend a little bit more to get something American-made.