The 056 is an iconic Stihl with a good reputation.

It is an 81cc saw that didn’t have a long production run, only being made between 1980 and 1985. There was a Super and Magnum version alongside the standard version of the saw.

While some people consider it to be kind of a dinosaur, others think it’s one of the most capable and underrated chainsaws that isn’t collected (compared to an 066 or 090, for example).

The 056 is not all that rare but still very cool in my opinion. Parts can be hard to get, which is standard with all saws of this age, and it was a great saw in its time.

The Stihl 056 pictured in this article is another one of Edward Knapp’s chainsaws that he’s shared with us. He keeps his saws all original, as much as possible. 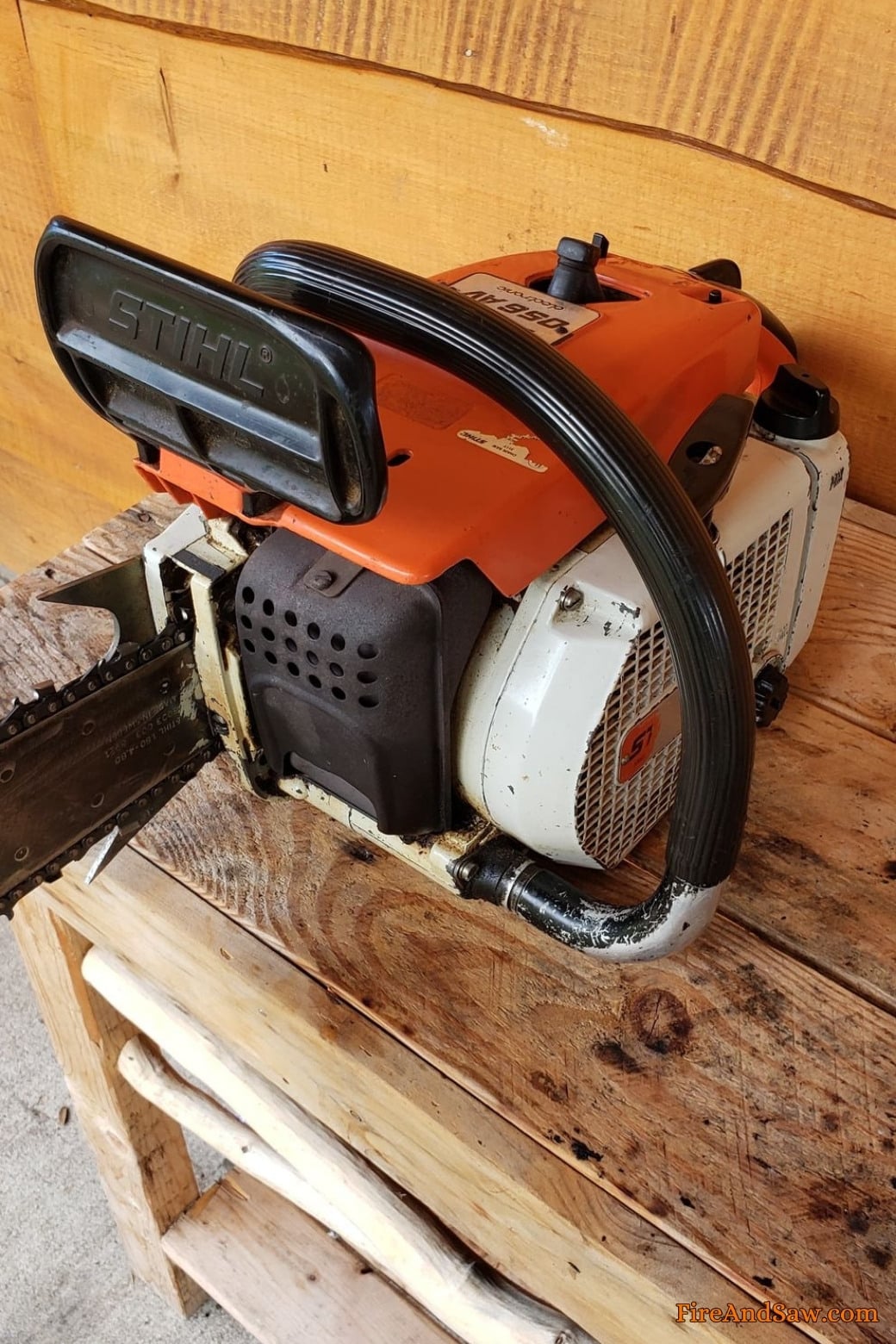 Edward’s saw is an 056 AVE, and, as always, there were other versions.

Of course, AV means anti-vibration which all 056s came with.

Super means the saw had slightly higher displacement resulting in more power. It’s the same with the Magnum II in this case as well.

Here are the differences between the standard, Super, and Magnum.

The stroke is the same on all versions, but the 056 S and M have wider bores than the standard version.

I don’t think there was ever a Magnum I, only a Magnum II – let me know in the comment section below whether that’s correct or not. I haven’t seen a Mag I, at least.

“A very powerful muscle saw that was made in Germany” is how the Chainsaw Man describes the 056 in this video.

It has all of the best features that were available on Stihl saws in the early 80s. All of them had AV systems, automatic oil pumps, and magnesium cases.

Keep in mind that exact specs and features vary depending on the version of the 056.

Features of the Magnum shown in the video above:

The base model did not have Quickstop Chain Brake, though all models have electronic ignition systems.

Some people change it to a points and condenser ignition system (as the 031 AV came with) if they are unable to source replacement parts for the electronic.

Stihl recommended the 056 be used with a bar size of between 16 – 25″, but you’ll see people going much larger than that, especially on the Magnum II.

The Stihl 056 specs are hard to list because they vary so much depending on the version.

You’ll find parts numbers below in the tech notes and manuals.

Weight is difficult to pin down exactly as different manuals list different values, but the dry weight appears to be between 18 – 19 pounds. 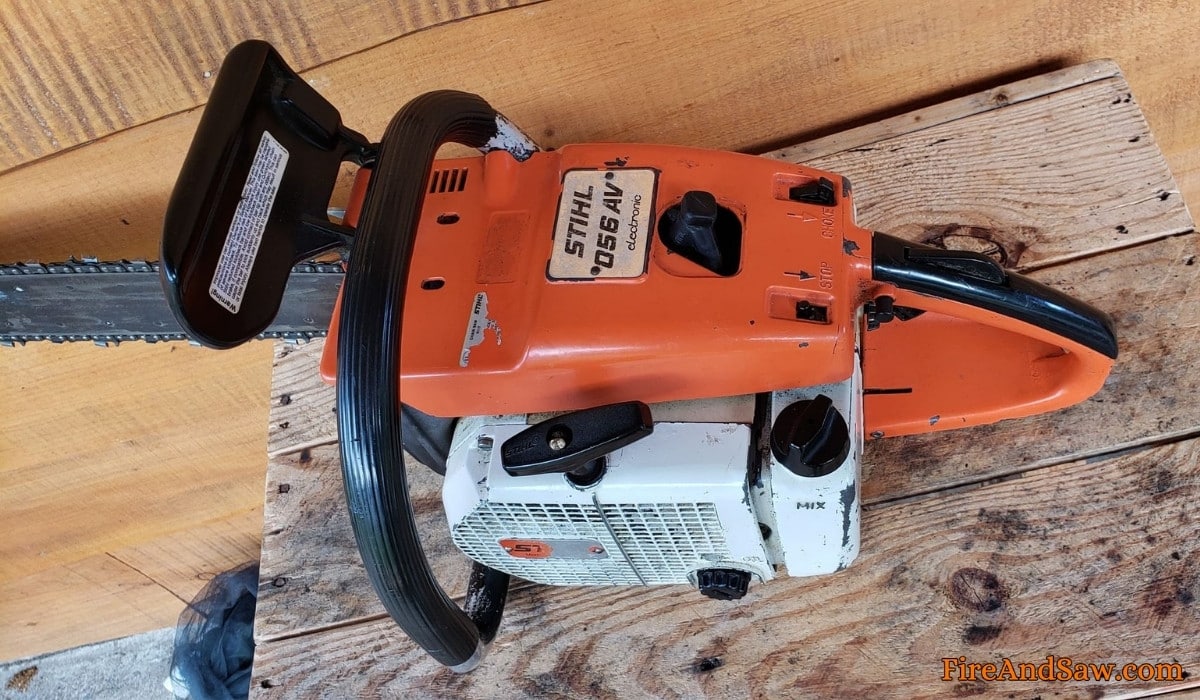 The Stihl 056 is reviewed very well, and that includes all versions.

The pros are that it is a powerful saw with a lot of history and nostalgia behind it. It’s not an everyday logging chainsaw due to it’s weight and the difficulty you’ll have finding parts for it, but it’s a great firewood saw or shelf queen.

The following comments are very typical of what you’ll read about the 056.

It’s a good saw to pass on to the next generation:

My 056 was given to me by my father-in-law. It’s one of my favorite saws. Has spunk like newer saws but also has the low end like the old ones. Normally has a 30″ bar on it.

And for those wondering if the 056 is collectible, I think this comment sheds some light: 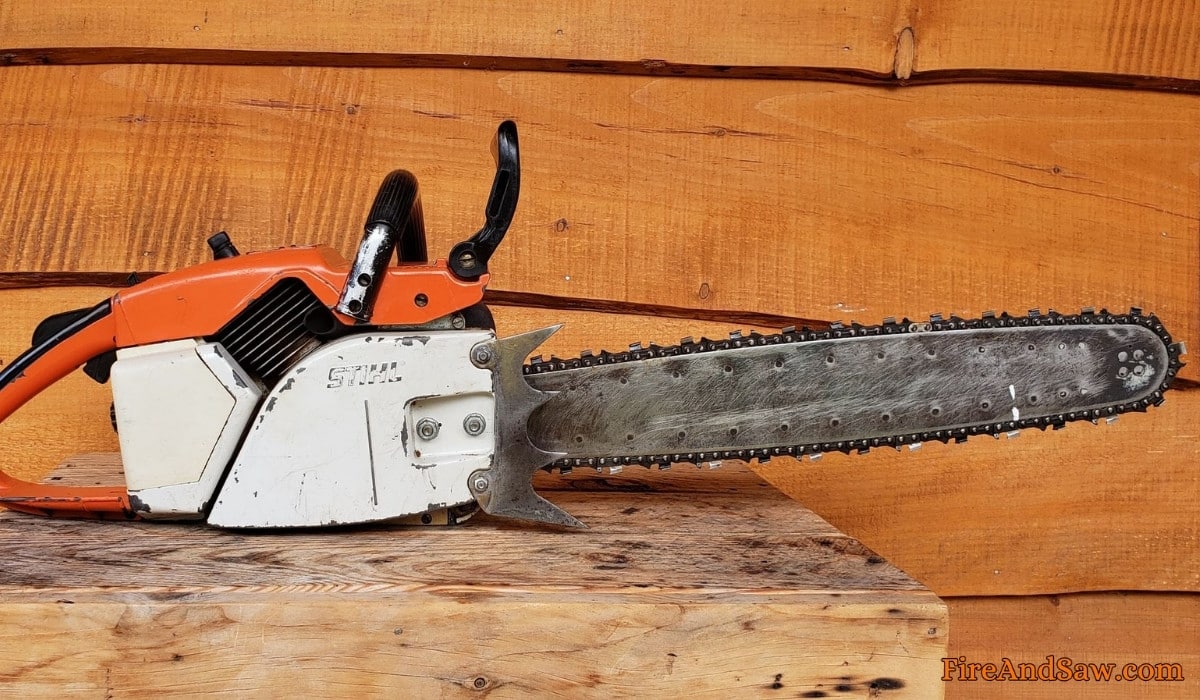 The cons of the 056 are the typical things with all old saws.

It’s heavy, parts are hard to find, some parts are finicky (as the ignition system can be on the 056), and it’s lacking some of the modern features we all appreciate.

For example, this guy sums it up with his comment:

Great power but heavy. Awesome saws unless ignition goes out. Can’t get parts to fix. My dad has one with a 25″ bar. I bought a 462 because I don’t want the weight.

And this guy obviously isn’t a fan:

Ultimately, as long as you know what you’re in for when buying an 056, you can’t go wrong. If you’re expecting a saw with the best user comfort and easiest maintenance you’ll be disappointed.

If you can’t find the 056 parts that you need from those retailers, the next best place to ask is the Stihl Facebook groups (of which there are many).

Some people choose not to use their 056 in order to preserve them, like this guy:

I retired mine even though it didn’t get used but a few times. Bought it a few years ago for my collection and didn’t want to wear it out. Parts are getting scarcer.

To help you identify the parts you need, here are the 056 manuals and guides.

The Tech Notes are helpful as they have info on the ignition systems for different versions, parts numbers, diagrams, and all that.

You will learn, for example…

Compared with the 056 and 056 S, the following assemblies were changed on the 056 AV Magnum II and are not compatible with the other versions:

1. The crankcase assembly, with bearing, has been modified to suit the larger cylinder

3. The carburetor (WJ 4) has been adapted to suit the extra power of the new 056 Magnum II

This follows with a summary of all the new parts and their numbers.

Information on the ignition system includes…

The new flywheel has fan blades and therefore also replaces the previous fanwheel. Like the original armature plate, the module plate is located behind the flywheel and secured by two screws.

The service notes, diagrams, and images are all very helpful in this manual. 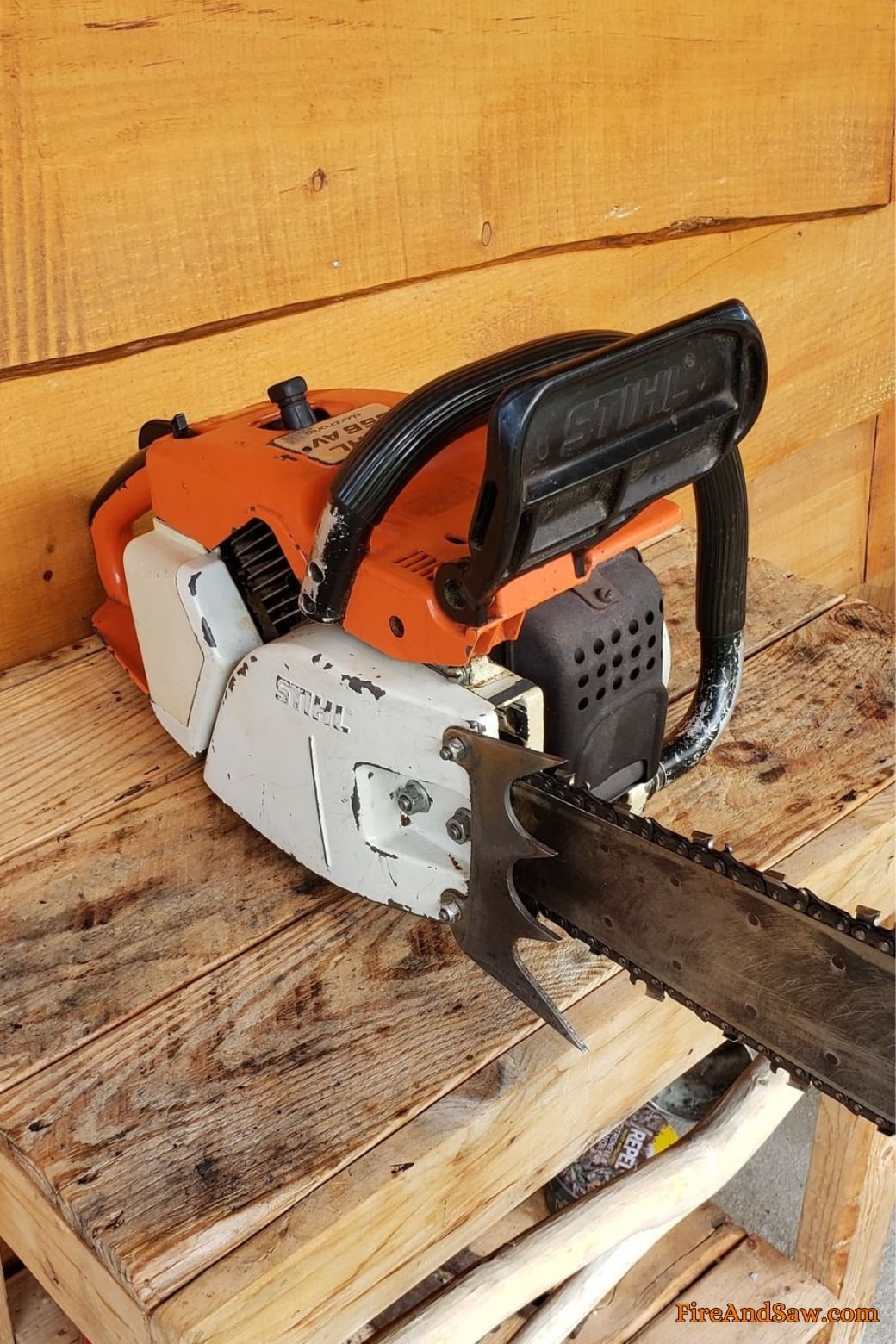 Price will always depend on the condition of the saw, your location, and how and where you buy it or market it.

On eBay at the time of writing, there is only one complete working 056 saw for sale for $350.

Rare 056 AV Super. Chainsaw has a newly rebuilt carburetor, fuel line, fuel filter, and choke rod. It runs good and comes with a  20″ bar and chain.

But the Stihl Chainsaw Fans FB group is probably a better place to ask if anyone has one they would sell.

Let me know if you have any questions below, or check out Edward’s 111cc Stihl 075 next!