Is it a good saw?

It’s a bit on the heavy side for the power it delivers but is otherwise a good saw for firewood. It’s even better if you have a model that has been converted to or came with an electronic ignition system.

The 031 pictured in this article was manufactured in 1980 and is from the collection of Edward Knapp. It’s all original, including the bar, and hasn’t been converted from the points and condenser ignition system. 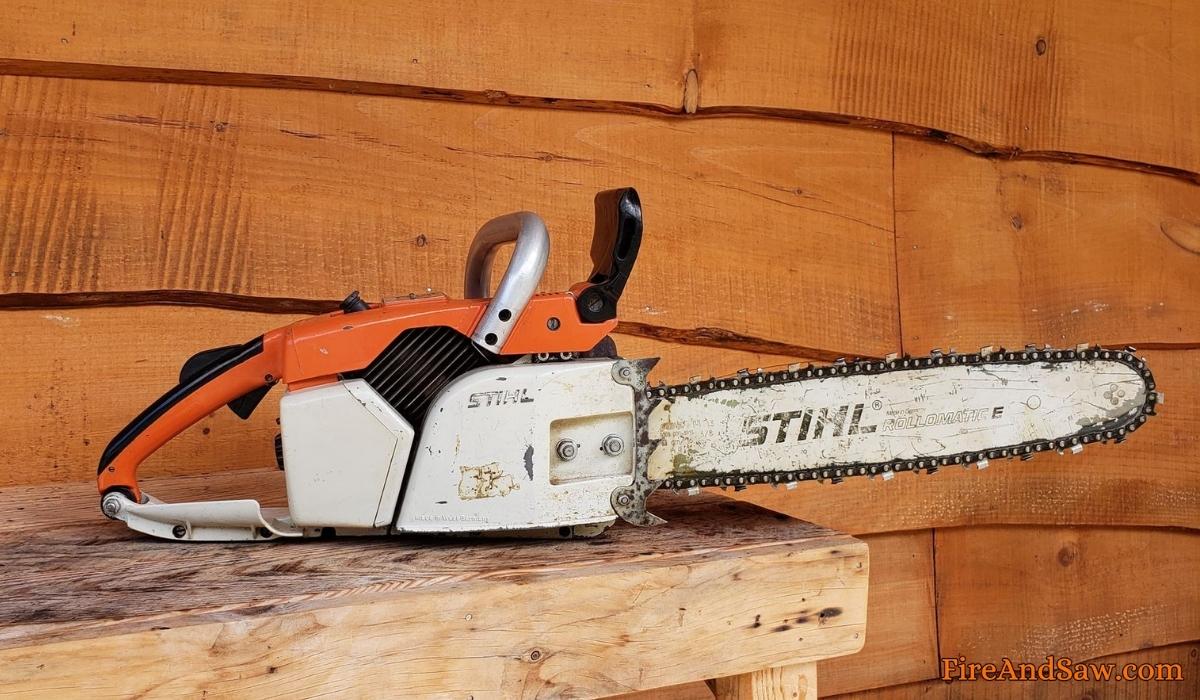 As with most Stihl saws, there were a few versions of the 031.

All of them came with the AV designation (anti-vibration system), but there were another 5 models beyond the base version.

The base 031 AV is the one that you’ll see and hear about most often.

In particular, people want to know how to change the points and condenser ignition to electronic ignition. This can be done by disconnecting the old system and installing a new ignition module – the NOVA chip is a popular option.

Electronic ignition was first introduced to Stihl saws in 1968 on the 041 AV. It took over a decade to phase out the old points ignition and roll out electronic on all new saws. The exact features and specs will depend on the year of production and the version of the saw.

A lot of people convert their 031 AV points and condenser ignition to electronic ignition.

Signs you have a problem with your points system include:

It’s usually easier to convert the saw than work on the current system.

Removing the flywheel is usually the hardest part, and Taryl (the host of the video above) gives some good tips on how to do this.

You can use this Nova module from eBay or this Oregon chip on Amazon. 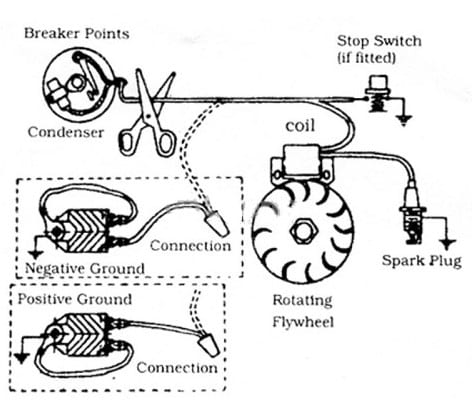 Here’s a comment from someone who has completed the conversion:

For those looking to convert an 031 AV to electronic ignition, I just got done with a neat hidden installation.

The Nova II modules fit neatly out of the way in the air box. One hole only to drill. Just be sure to ground it to the coil and not the housing because of the rubber AV isolators. This location keeps the module protected and clean.

There is solid chainsaw but they are definitely a product of their time they don’t have a whole lot of power and they don’t cut very fast but they will still definitely get the job done.

I’ve seen people mount the module in a range of different places, but behind the air filter seems to be the best place.

The Nova chips work, but both times I used one I had to remove the flywheel key and adjust the timing.

Check out a few of the tutorials on YouTube to decide which setup would be best for you.

If parts can’t be found at these retailers, the best place to ask is the Facebook groups.

As one guy said:

It’s fairly cheap and easy to install an electronic ignition, but if it needs any major components like a new piston, jug etc., it may not make economic sense.

It’s good to try and get these old saws running again, but you can very quickly end up underwater if it needs major work.

Check out an early 031 AV and later model 031 AVE in action in this video from Kain Kustom Garage.

More info from the video:

The pros of the saw are that it’s usually pretty affordable, it’s suitable for processing a decent amount of firewood each year, and it’s a good piece of Stihl history.

The cons are that it’s heavy for the power it puts out, some parts can be hard to find, they don’t run that fast, and the points ignition system can be finicky (if you have or are looking at the AV or AVQ versions).

But check out these positive and negative reviews from real users.

When you accept the saw for what it is and can do, most people are happy with it.

As to be expected though, there are those who have had issues with the saw, and here’s what they say. 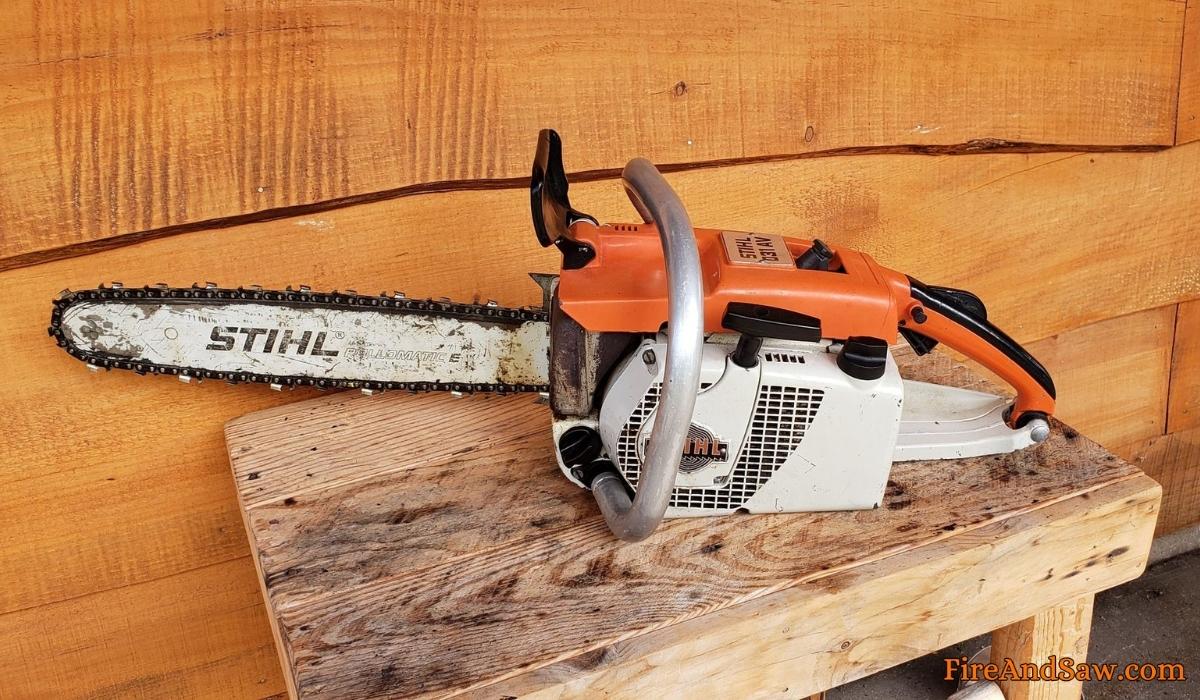 Some saws hold a lot of value but the 031 AV isn’t really one of them.

Good working saws will still go for between $100 and $200, and one in mint condition might go higher, but they generally don’t fetch big bucks.

It’s another story if you have a NOS (New Old Stock) 031, as they do show up every now and again.

Unless an 031 AV has a lot of sentimental value, it doesn’t make a lot of economic sense to spend too much on parts. If you managed to pick one up for free then you can justify spending a little more.

Because so many of the 031s were made it’s not as collectible or desirable as some saws, but there are still thousands of guys out there who do enjoy having them in their chainsaw lineup.

What Does G Mean On Stihl Chainsaws? Stihl GEAR Drive