What are Stihl AV chainsaws?

The answer is really simple!

Stihl has used an AV system on all of their new saws for the last couple of decades. It’s no longer an optional feature, but a standard feature.

What does the anti-vibration feature do?

It really goes without saying, but it reduces the amount of vibration that a chainsaw user experiences. This reduces user fatigue and is better on the body.

A good anti-vibration system is a must-have, especially if you are working with a saw for extended periods of time.

The AV systems on the older saws are nowhere near as good as the new systems. The 075 AV (1974 – 1980) for example, was known as a saw that would almost vibrate you to death!

Stihl has an entire post on the history of their AV system.

In 1964, STIHL filed a patent for an anti-vibration system for chainsaws. The patent included the use of rubber elements to separate the handle from the engine, cutting the vibration level in half.

They go on to state:

In the early 1970s, STIHL continued to stay ahead of the industry with a completely redesigned approach to anti-vibration technology. A more robust method was developed, further reducing handle vibrations.

The new system was first introduced in the 042 chainsaw, which featured a stable handle housing with built-in fuel tank. This design is still used today.

And lastly, they say:

Although the design has remained mostly the same, STIHL has continued to improve and evolve the technology to further reduce vibration. Magnesium was replaced by polymer on the 024 chainsaw in 1982.

The company has been a leader in innovation since the very first Stihl chainsaw. 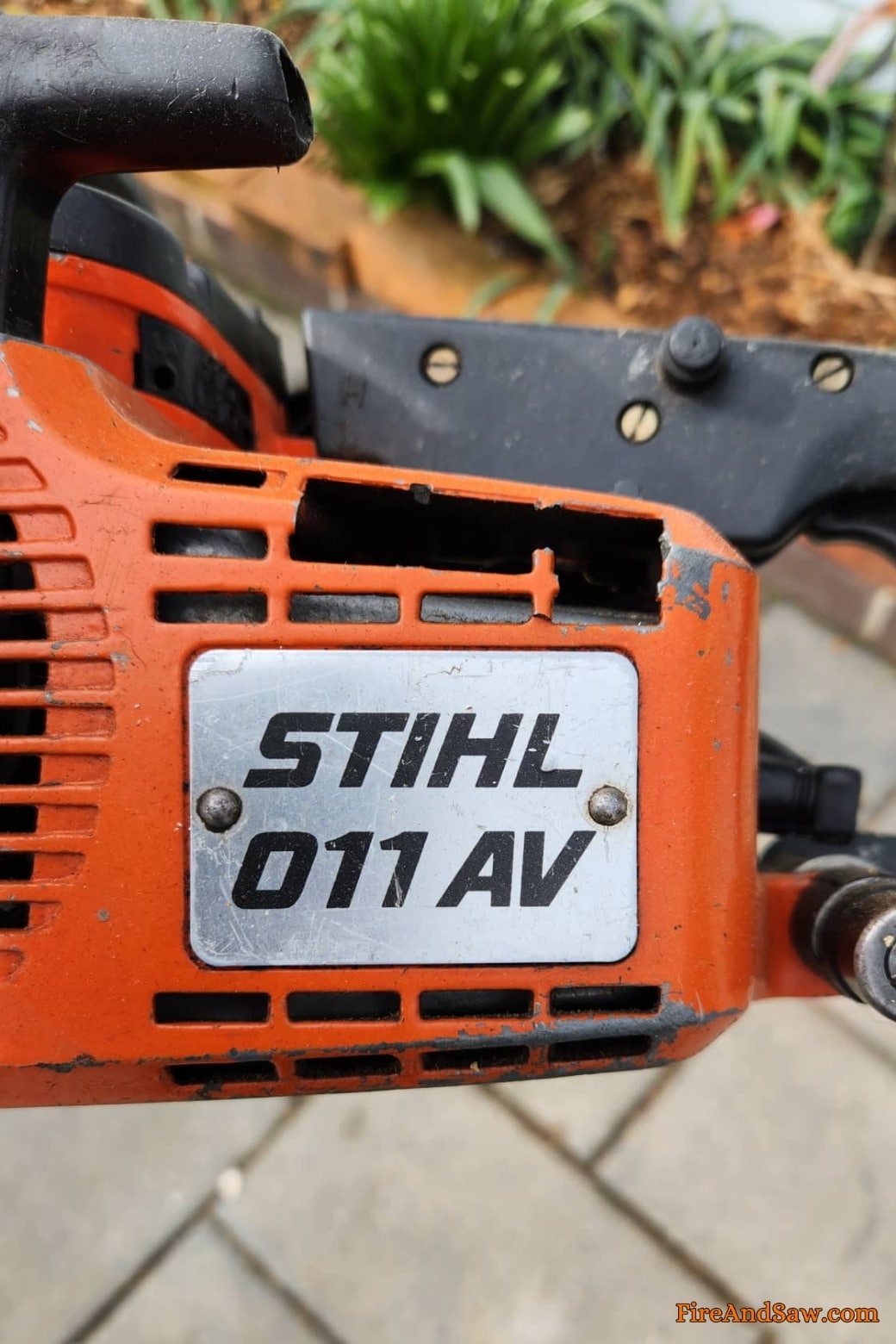 They are a great many Stihl saws with the AV designation, many of which I’ve already mentioned in the article.

Often there was a standard base model that did not have AV and another version with it, but sometimes, as with the 031 AV, all versions had AV.

The best way to see all the different versions of each model is to check out the Stihl manuals. These usually have all the specs for each saw, AV and non-AV.

Next up, find out what Super means on Stihl chainsaws, or even more interesting (in my opinion), what C means!