I was just given an old 60cc McCulloch 610 Chainsaw that was found in the back of a garage.

First impressions upon picking it up – it’s heavy!

I showed a friend who I was visiting and it turned out his dad had owned one. My friend’s first words upon seeing the 610 were ‘that thing weighs a ton!’

This saw had seen some use and hadn’t been running for well over 10-years.

It hadn’t been stored or winterized properly, but with a bit of a cleanout, some fresh fuel, and a new spark plug it was running and oiling as it should.

In the image above you can see the on/off switch and the manual oiler.

It does oil automatically, but it has a button in order to provide more oil to the bar and chain.

I just used it to take down an old horse chestnut tree – though I will probably use one of my lighter saws (like the Husqvarna 450) next time. 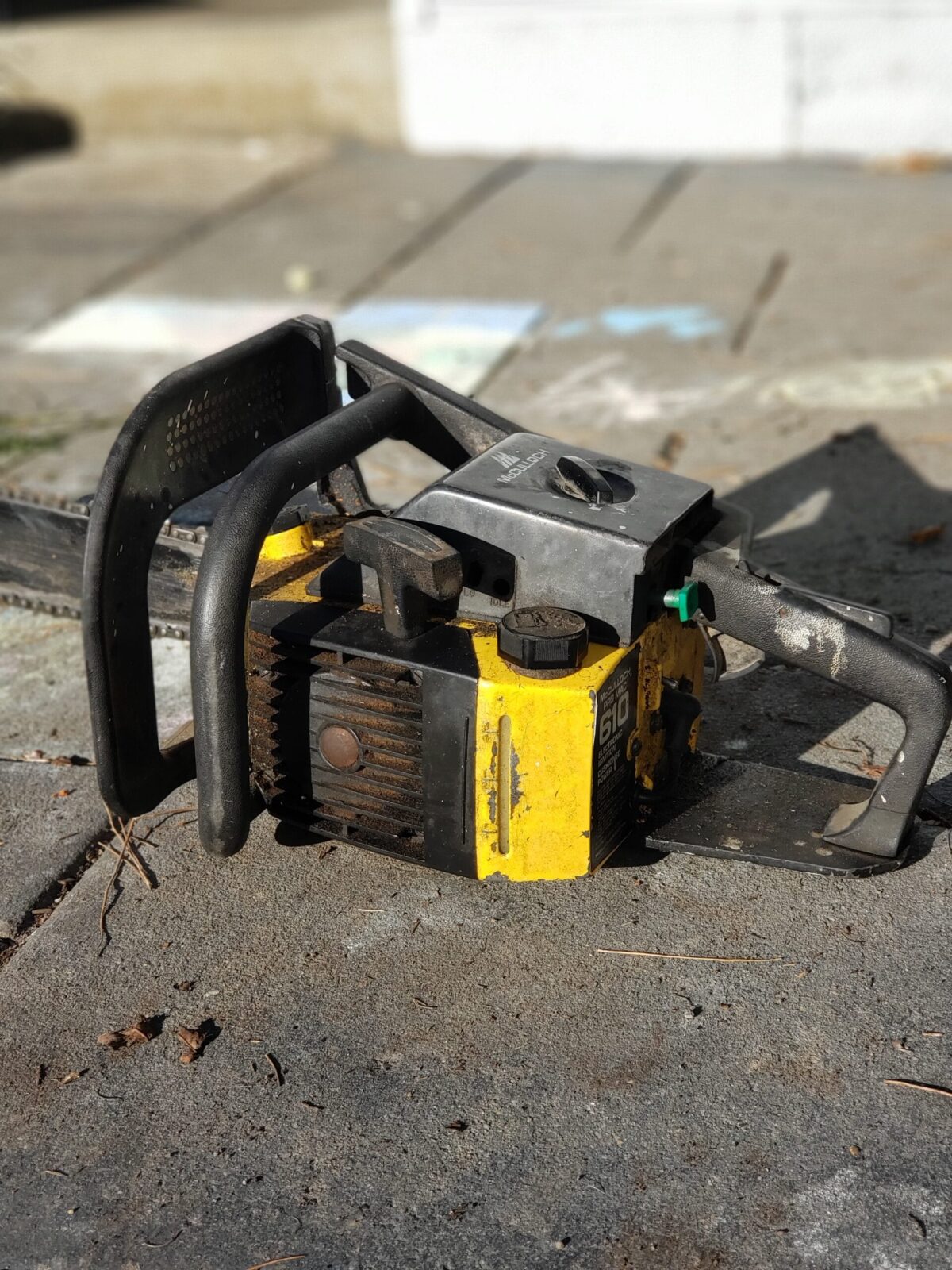 The air filter is under the top plastic cover, while the rest of the casing is heavy-duty magnesium.

A bit like the Stihl 011 AV that I’ve also been playing around with, this saw puts out the fumes!

Unlike modern chainsaws, the emissions are pretty intense and can really burn the nostrils.

But, like all chainsaws, it’s a lot of fun to put it to the test.

The 610 is a great saw to have a part in a collection because it’s still quite powerful and useful.

Also, there were a ton of units sold, and finding parts for them isn’t hard or expensive. 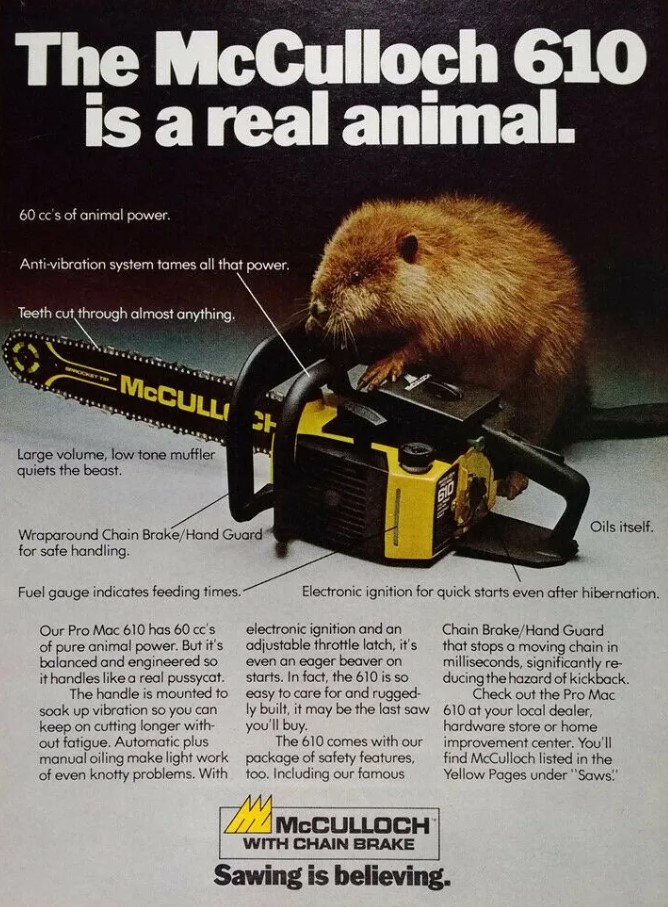 And you can see some of the features in the old advertisement above.

And this saw has the privilege of being used in the 1989 film National Lampoon’s Christmas Vacation used by Leatherface – though, for better or worse, not (as far as we know). 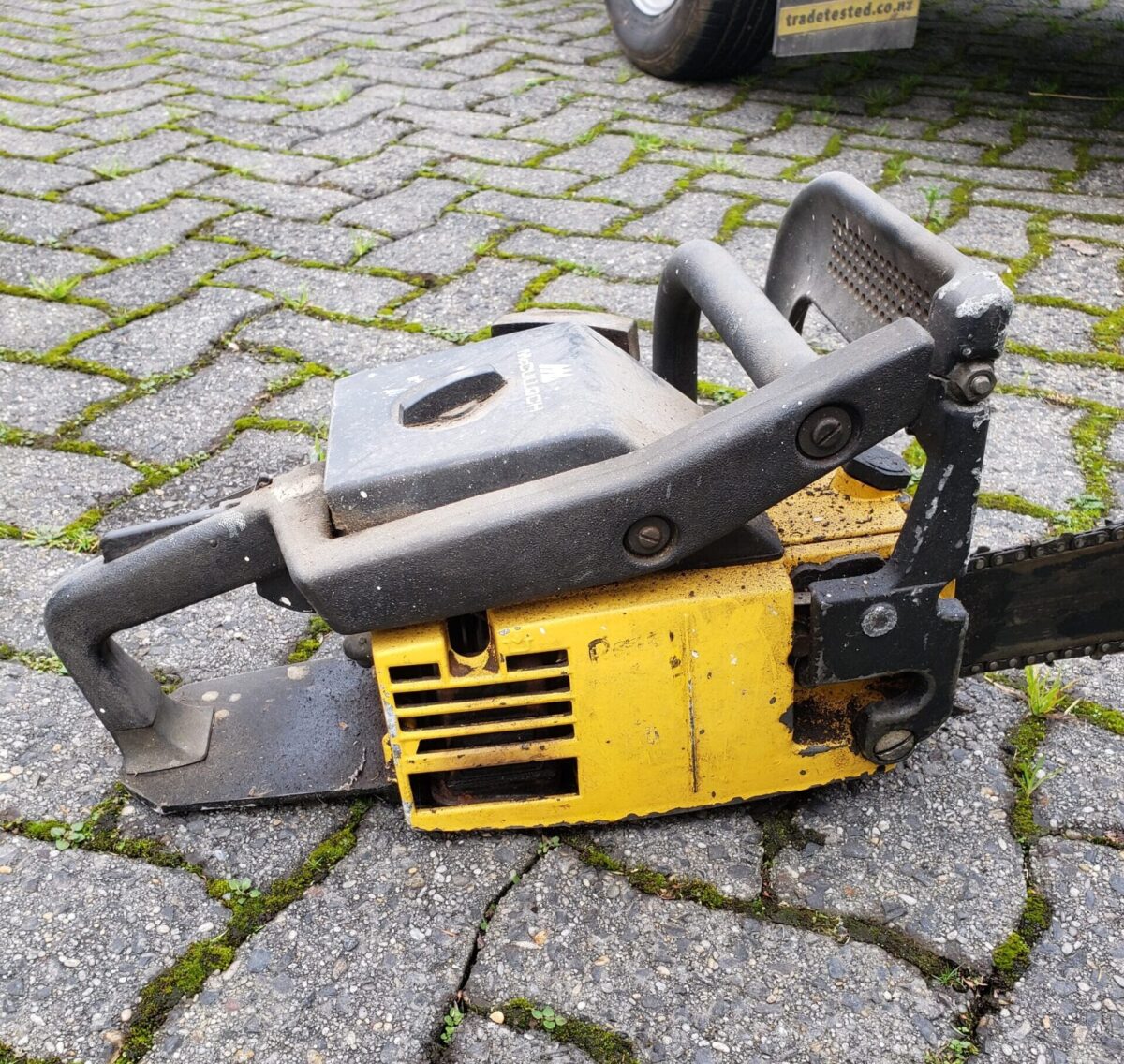 Price really varies depending on the condition of the saw and location.

While I’d never pay the latter, a 610 in excellent condition should be able to fetch $100 in most parts of the world.

Parts are reasonably easy to find on:

Or just ask around in local chainsaw groups on FB. 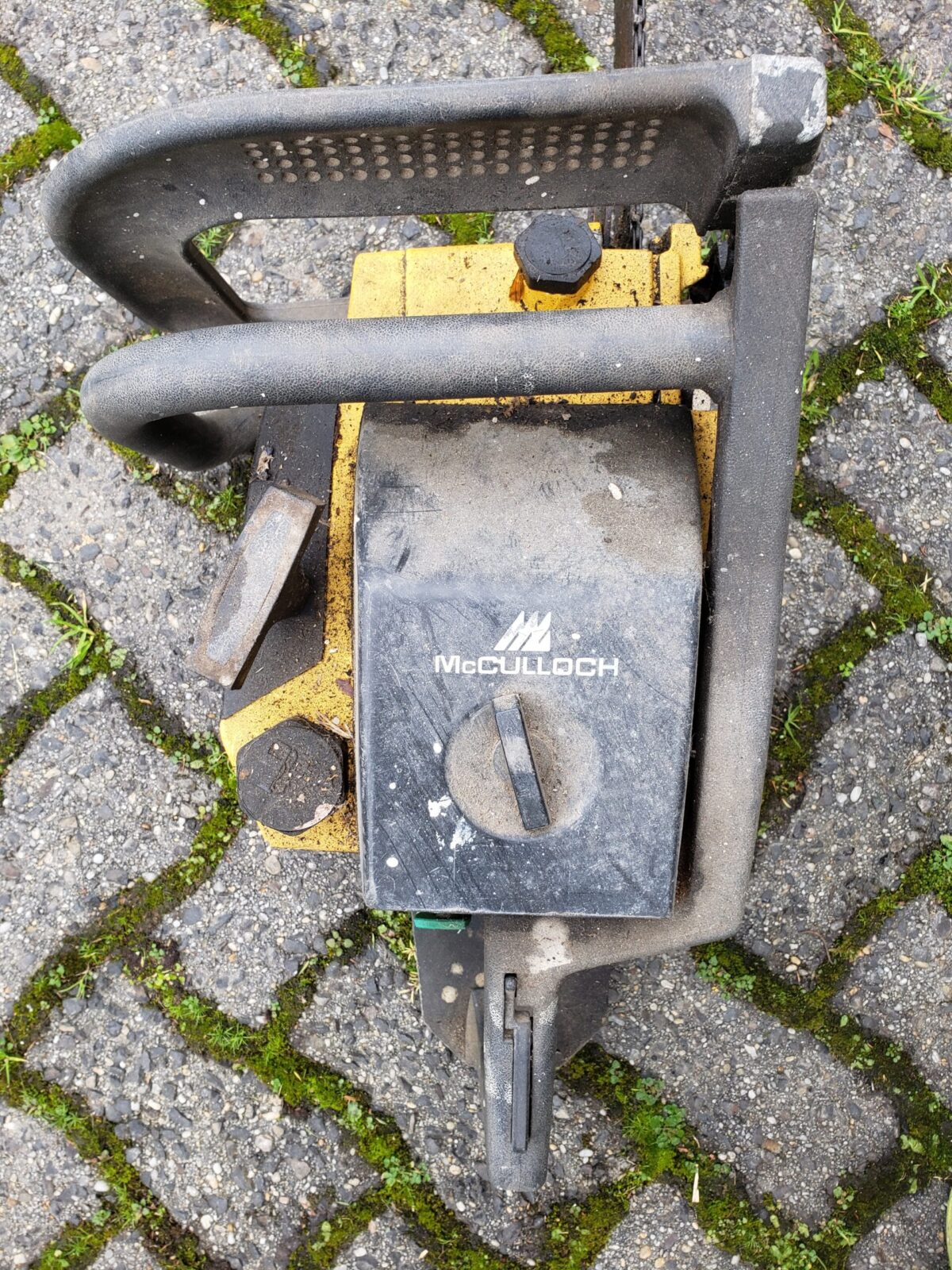 Because of its weight, I won’t be using the 610 all that often.

It’ll just be pulled out for the odd job here and there.

I like that it’s got a decent amount of power and sounds amazing (it sounds like a real animal), but my other saws like the Husky 450 or even the battery-powered DEWALT are so much easier to use.

I wouldn’t have bought this chainsaw, but it was given to me, so I’ll make use of it where I can.

It starts well every time, even though it was neglected for a long time, and so that’s a win for the saw.

The McCulloch chainsaw brand isn’t as well known as it once was, and nor are the chainsaws as good (in my opinion).

I bought a new one a couple of years ago and the pull-cord snapped the second time I started it. I believe these older models are a bit more reliable.

Let me know your experiences with the 610 and other old McCulloch chainsaws in the comments below!