While there’s a hot debate on whether or not cottonwood is good for firewood, it has some benefits.

Cottonwood burns fast and clean, making it great to use in a pinch. However, it does put out fewer BTUs than other popular firewood options, so most people choose to mix it with softwood, such as pine.

To help you decide whether cottonwood is suitable wood for you, we’ve created this guide to give you the knowledge you’ll need before using cottonwood for firewood. 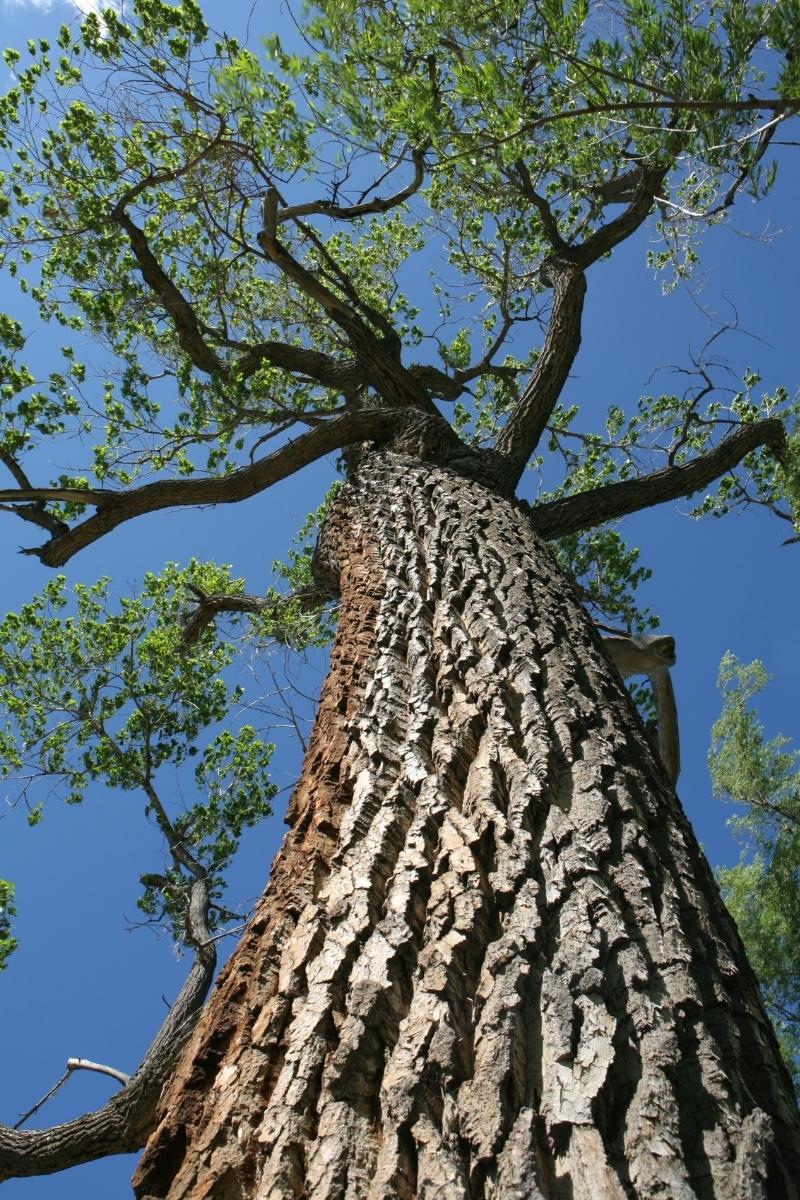 There are three subspecies of cottonwood commonly found in the United States.

All three subspecies have similar characteristics, but there can be minor differences between them.

Typically, all cottonwood is soft and porous, so it splits easily with an ax or a maul.

This is especially helpful if you’re chopping your wood for a woodstove, campfire, fireplace, or kindling rather than using a log splitter.

Cottonwood also has a high moisture content (around 62 percent), so it’s a good idea to store it in a dry place until you’re ready to use it. It’s recommended that cottonwood be dried for at least six months, although letting it dry for a year is even better.

Unseasoned, or green cottonwood is notoriously bad for firewood. It’s heavy and wet, producing a lot of smoke, pops, and hisses when burned. In addition, many individuals note that it gives off an odor similar to cat urine.

However, cottonwood has a low density once properly seasoned and burns quickly with little smoke or odor.

Is Cottonwood A Hardwood Or Softwood?

Cottonwood is technically a hardwood, but it’s not as dense as other hardwoods like oak or maple.

It’s more similar to basswood in this regard. This is why it’s often used for carving since it’s soft and easy to work with.

It lands somewhere in the middle of the spectrum between hardwood and softwood.

However, just because it’s a hardwood doesn’t mean it gives out the same BTUs as other hardwoods. Cottonwood actually produces fewer BTUs than some softwoods. 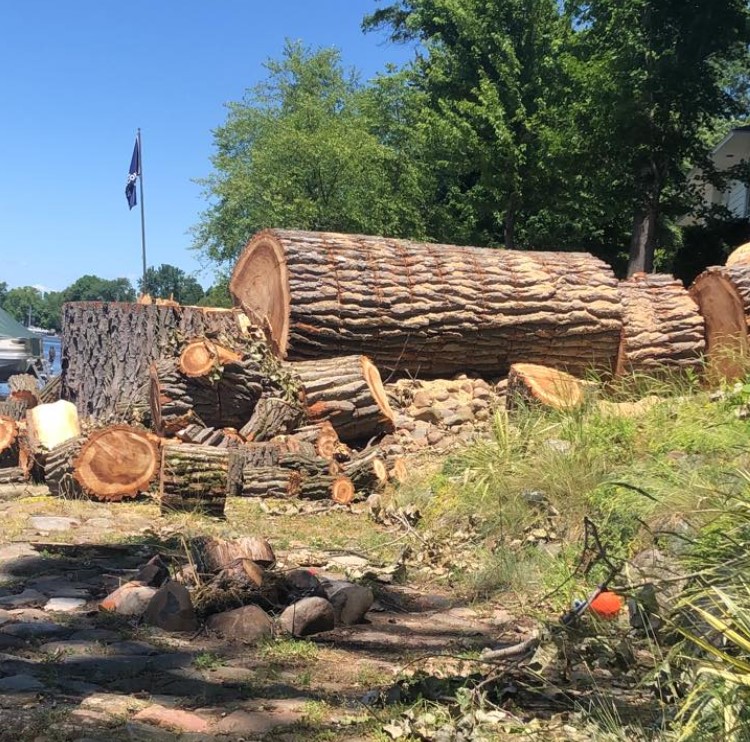 Cottonwood is a decent option for firewood because it splits and burns cleanly when adequately seasoned.

It’s also an easy-to-find option because of its widespread availability.

Since cottonwood trees are so large, there’s often an abundance of wood that must be cleared away. As a result, you can usually find cottonwood firewood for sale at a lower price than other hardwoods.

The low density of cottonwood makes it easier to light and results in a fast-burning fire. But this also means the fire will burn out quickly, and you’ll need more wood to keep it going.

The main benefit of cottonwood is that it’s readily available and easy to find.

In addition, it’s one of the least expensive options, which is always a bonus.

Cottonwood works well if you need to start a fire quickly or looking for a clean-burning option. When seasoned, cottonwood produces little to no smoke and sparks, making it a good option for indoor or outdoor fireplaces.

Another benefit of cottonwood is that it’s not as heavy as other hardwoods, so it’s easier to transport. Cottonwood will help spare you from sore muscles if you carry your firewood long distances.

And since cottonwood is just enough of a hardwood, it produces hot coals that can be used to extend the burn time of other woods. Because of this, many people opt for mixing cottonwood with different woods to create a longer-lasting, hotter fire.

While cottonwood has its benefits, there are also some drawbacks to consider.

One of the most significant drawbacks is that cottonwood is a low-density wood, so it doesn’t last as long as other options.

This means that you’ll need to replenish your supply more often if you’re using cottonwood as your primary source of firewood. Unfortunately, this gets pretty inconvenient if you’re running your stove day and night.

Another drawback of cottonwood is that it doesn’t produce as much heat as other woods. So if you’re living in colder climates and rely on firewood for heating, you’ll want to consider using other woods that give off more heat.

Finally, cottonwood fires produce lots of ash and moderate creosote buildup. This is due to it burning at lower temperatures than other hardwoods.

If you have a wood stove, you’ll want to pay close attention to this and clean your chimney more often to prevent any dangerous clogs or chimney fires. 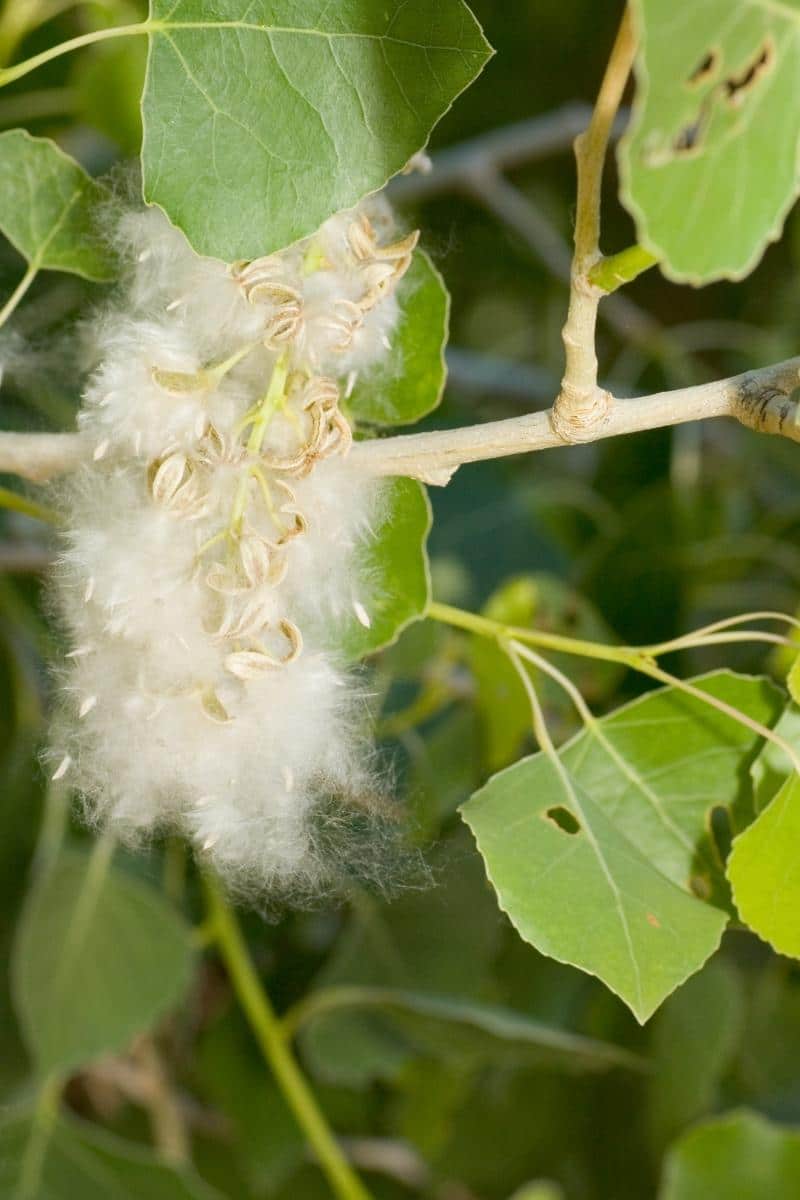 Here are some of the most common questions regarding Cottonwood Firewoods

Is Cottonwood the best firewood?

Cottonwood burns rapidly because it’s not as dense as other types of wood, resulting in a lot of ash.

With that said, the fire won’t burn out as quickly as most softwoods, for example. This is due to the ability of cottonwood to create an acceptable bed of coal.

How long should cottonwood dry before burning?

Leaving your cottonwood dry for three to six months after cutting it is the best way to use it for your firewood.

If you’re planning ahead, you can even let it season for one or two years.

How hot does cottonwood burn?

Cottonwood is one of the least hot woods when it comes to burning.

It has low BTUs, meaning, it won’t burn nearly as hot as other firewoods like almond wood or even oak.

Most likely, cottonwood will provide 50% less heat than oak.

Cottonwood makes a moderately good firewood choice because it is an affordable, easy-to-find option that burns cleanly.

It doesn’t produce the same heat as cherry, ash, or walnut, but it does create a decent bed of coals that can be used to extend the burn time of different woods.

Additionally, cottonwood is a good choice for wood stoves because it produces little to no smoke. However, one of the main drawbacks is that cottonwood fires also leave lots of ash and moderate creosote buildup.

So if you’re considering using cottonwood, be sure to take all of these pros and cons into consideration. And as always, make sure to burn responsibly!