Ash Firewood: Is It Good For The Wood Burning Stove And Fireplace?

If you depend on firewood to help keep you warm and heat your home in the winter like me, it’s a good idea to make sure that firewood will burn safely and cleanly.

Ash has been a go-to in my house for many winters since it burns clean while producing substantial heat.

You may be asking is ash good firewood to use in your home?

While most people use ash for firewood, there’s a lot more to learn about this exceptional species of tree.

Contents show
The Ash Tree
The Firewood
Pros and Cons of Burning Ash Firewood
What Does Ash Wood Smell Like?
Should I Season Ash Before Burning?
Ash Firewood FAQs
Ash Wood Ash is a type of hardwood that burns hot and provides the maximum amount of heat per its weight.

Ash firewood comes from the ash tree that, while resistant to various diseases, has been plagued by an Emerald Ash Borer pest infestation in recent years that’s caused its numbers to decline.

Despite this, I’ve been able to salvage usable firewood from the ash tree to use at home. White ashwood can burn up to 24.2 million BTUs (British Thermal Units), making it a popular type of wood to have in fireplaces and campsites.

To get these benefits, you should always be able to identify the wood you have. Ashwood has several distinctive qualities that will help you identify it, including bark, color, and the end grains.

If the bark is still intact, you can check and see if the parallel ridges are visible.

On ash trees, these ridges will be substantially larger and look like the tops of jagged mountains. In contrast, hickory has thinner patterns, while maple has a tighter sequence of lines on the bark.

Most people can identify ash by looking at it because of its distinctive white-washed coloring prevalent throughout the wood.

Most hardwood is typically darker with a deep brown center.

The grains on ash are harder for some to pick out, but they can still help you eliminate the possibility of other woods.

Oak has highly visible lines that expand from the center out to the edge of the bark, while ash is much more muted.

Leaves are another great way to identify the ash tree.

Jack from Jack of All Clades on YouTube has a neat trick for finding an ash tree, showing us that the leaves grow directly opposite of each other. 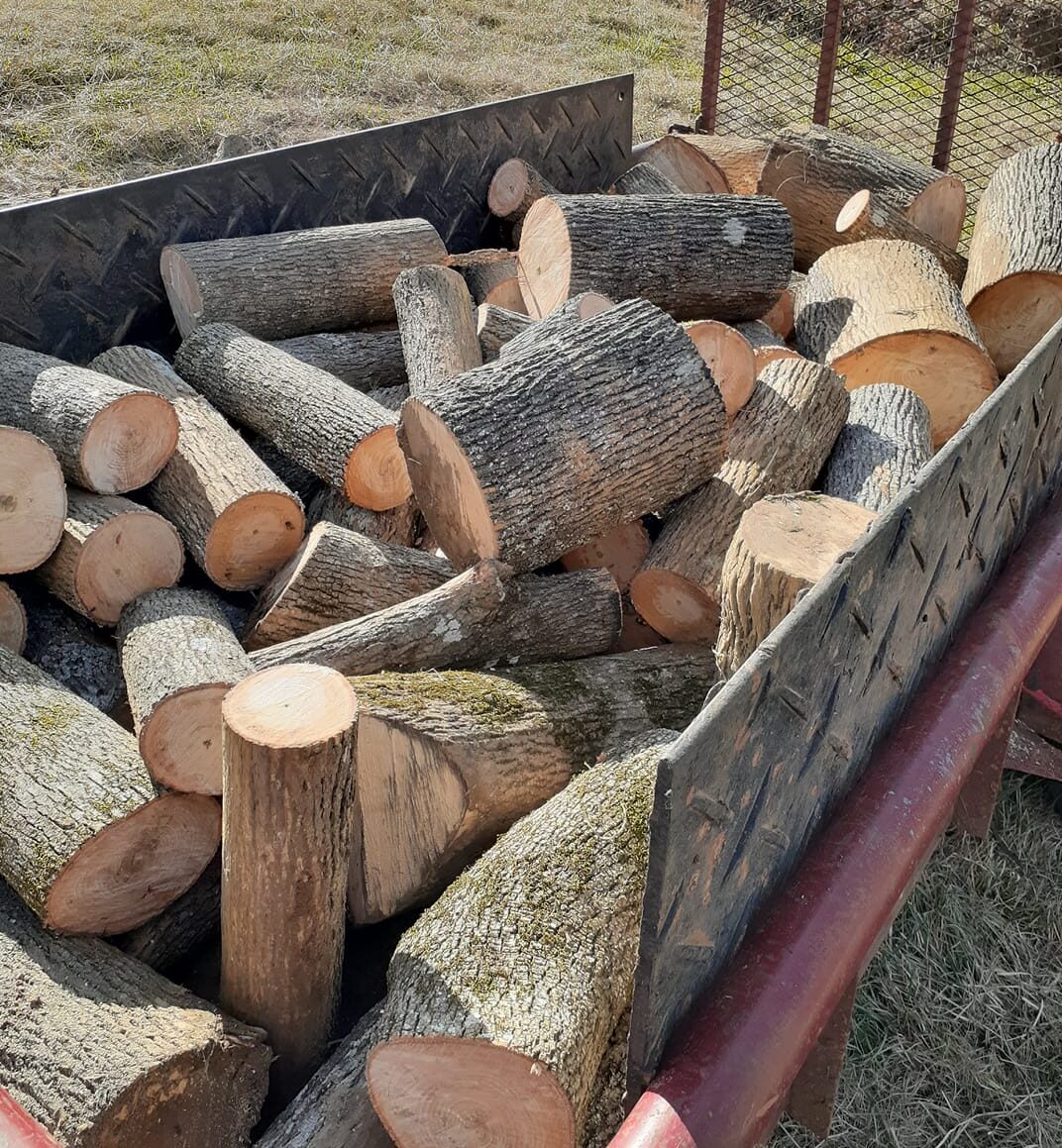 White ash is also called American Biltmore, and many consider it the best wood among the ash species.

Workers use the tree’s strong and flexible wood in producing tool handles, baseball bats and other sturdy, long cylindrical items. The white ash tree typically grows around 80 feet tall and is found in moisture-rich but well-drained soil.

Green ash, often mistaken for white ash, has many of the same characteristics as its sibling. Green ash is one of many species that grows up to 70 feet tall and is used more for shade than for producing items.

An easy way to identify a green ash vs. a white ash tree is to look for bark that’s not as deep and more flakey, along with different types of seed pod sizes and leaf bases.

While it may seem like Ash firewood may be great for burning, there are some pros and cons to consider before adding it to your lumber pile.

If you’re looking for wood that won’t overpower your nose, ash may be the ideal wood.

Burning ash wood has a subtle fragrance that doesn’t leave you gasping for air.

Some people prefer a more aromatic smell, however. Other types of firewood have that pungent, earthy smell that some folks associate with their childhood camping adventures, stoking their s’mores over the campfire, but ash doesn’t have that quality.

Instead of rich and tangy aromas often associated with cedar and hickory, ash is more muted yet still versatile when it comes to camping with friends.

Should I Season Ash Before Burning?

Most firewood typically takes six to eight months to fully dry out and become seasoned.

Since ash is a denser hardwood, it can take up to a full year to completely season the wood. Other factors to consider when calculating the dry time are the climate where you live and how you’ll split and stack the wood.

If you have to burn ash before it’s seasoned, you should note that the heat generated will decrease substantially. I always try to split ash wood up to a year before I think I might need it and properly store it until then.

If you still have questions like can you burn ash or are wondering if you should use ash vs. oak for firewood, here are the answers.

Is ash wood good to burn?

Ash wood is an excellent choice for campsites and fireplaces.

While other woods have a higher heat output, ash produces less smoke and sparks, especially when compared to maple and pine.

Ash firewood doesn’t produce a high level of coals. Despite this fact, ash wood is still excellent for use in fireplaces as it has a high heat output.

Is ash or oak better for burning?

While ash has a lot of great qualities, I recommend burning oak if you need that extra amount of heat and want wood that produces more coals for a sustainable fire.

Ash is a lot better than the likes of poplar firewood which burns very quickly and produces less heat.

When comparing white ash to green ash firewood, both work remarkably well for use in campfires and fireplaces.

Ash wood is an excellent choice for burning since it burns hot for long periods and doesn’t spark or smell bad.

Despite the rising price of this wood because of pests and deforestation, many people can split this dense hardwood for use in their family homes.

Walnut firewood and almond tree firewood are other good options for both fireplaces and smoking. 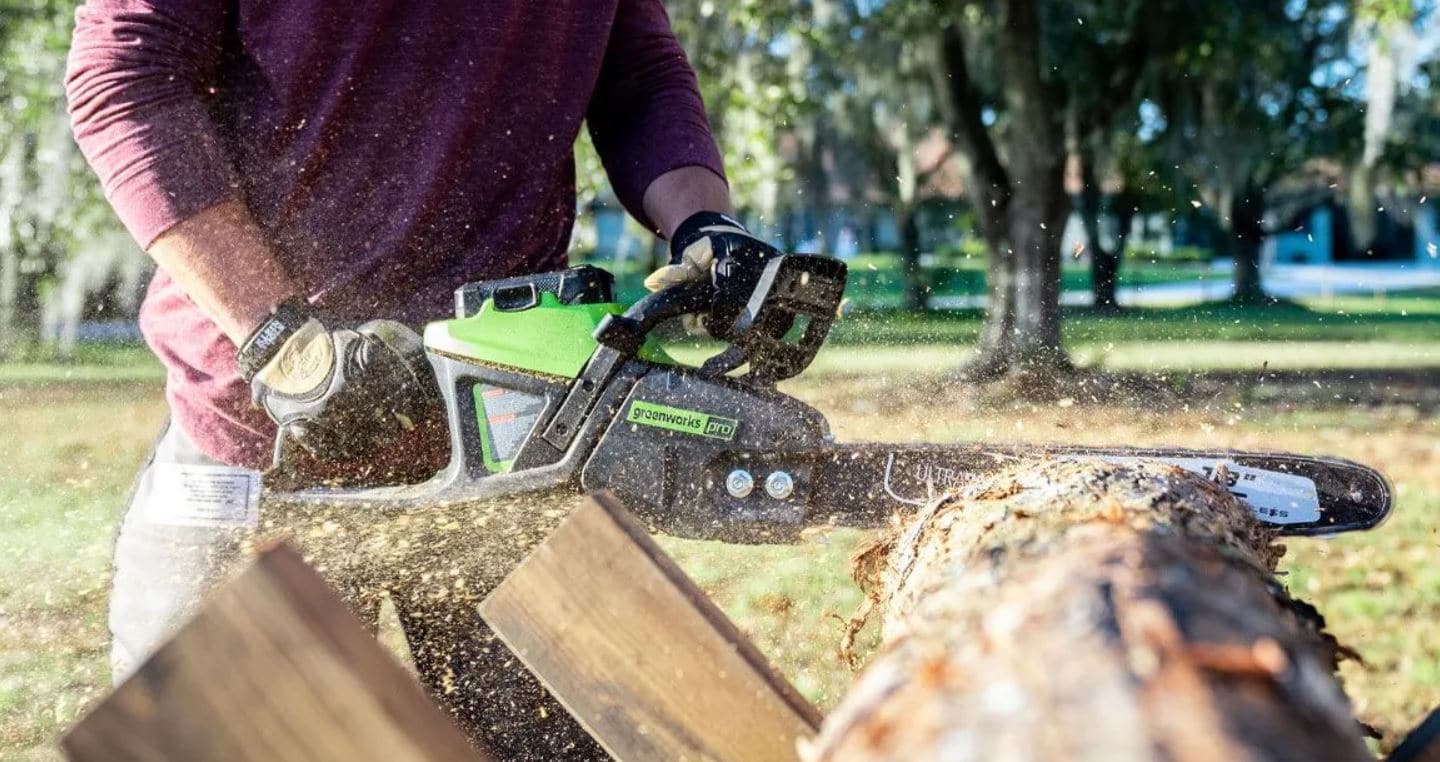 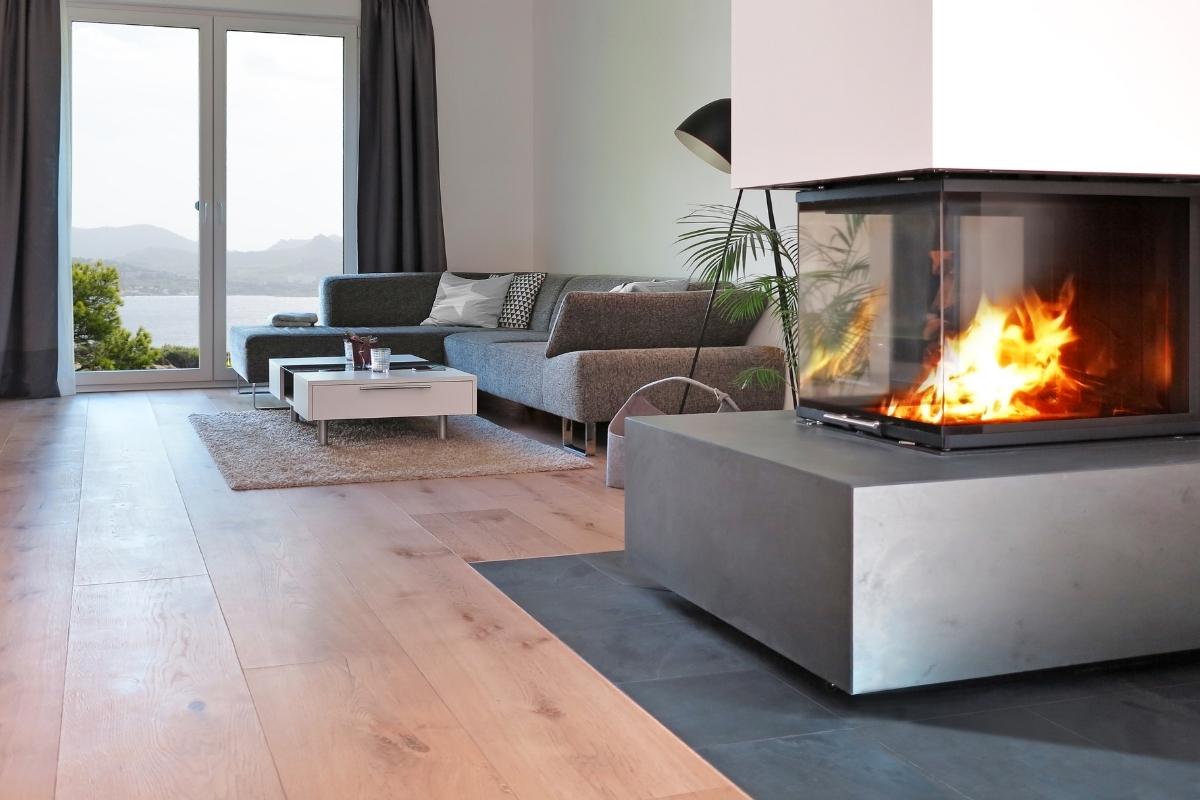