Is Beech Good Firewood? Your Guide To Burning Beech Wood

If you live in an area where beech trees grow, count yourself lucky!

Beech tree wood is among the best firewood you can get. It’s right up there with oak, hickory, and black locust.

But what is beech wood, and why is beech good firewood?

Beech is well-known for firewood because of its clean burn and abundance in nature, especially in the northeastern United States.

Let’s go through beech tree characteristics and then discuss why you should use beech wood for burning if you have the opportunity. After that, you’ll know why so many people consider beech one of the best firewoods around. 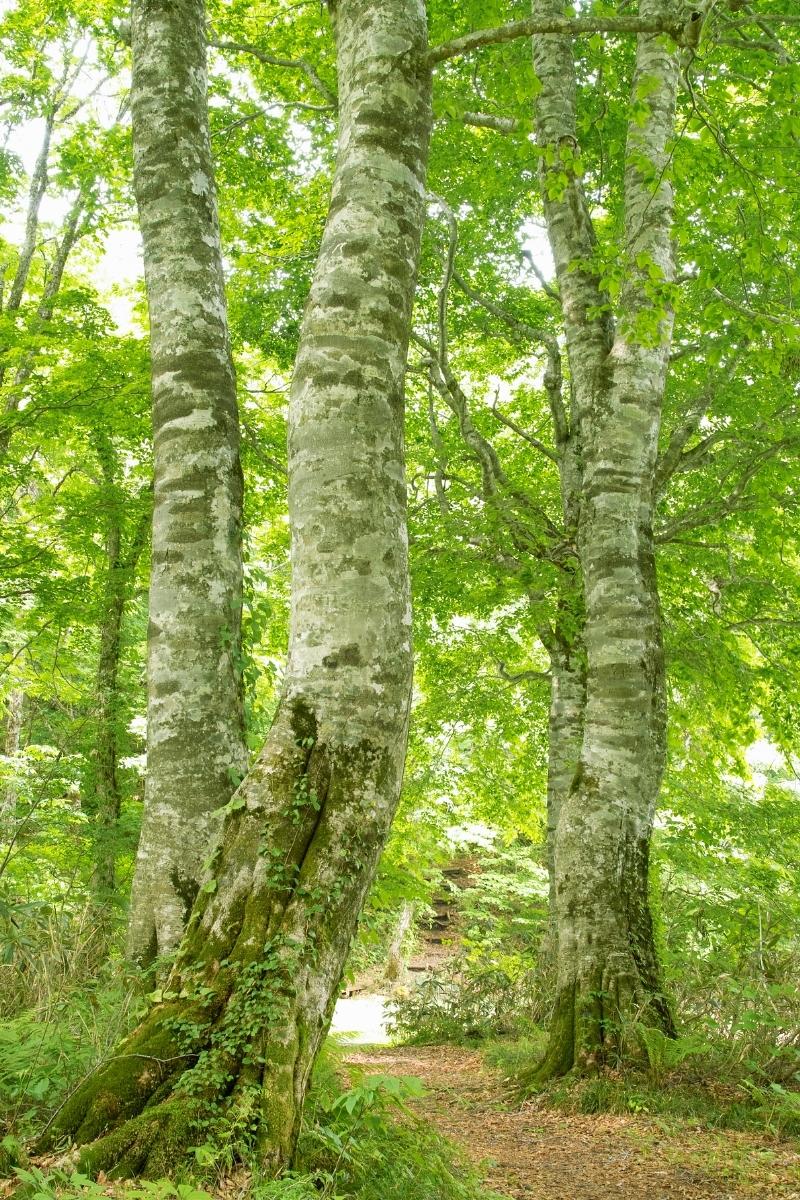 The two most common types of beech are the American beech and the European beech.

The American beech grows as far north as Cape Breton Island in Canada and as far south as Northern Florida.

The European beech grows widely from southern France to western Ukraine. Both trees are fairly similar, sharing many characteristics. They have very similar sizes and outward appearances, plus they burn in similar manners.

Let’s go through both trees to see what differs between them.

American beech trees can grow up to 120 feet tall, although they average between 50 and 80 feet.

They have extremely smooth gray or silver bark. The bark remains smooth as the tree matures.

The tree has long branches that produce an edible nut called a ‘beechnut.’

The American beech’s leaves are a dark green color with tan-colored veins running throughout. The wood is a tan color that some people compare to a brownish cream.

American Beech trees are deciduous, meaning they lose their leaves in the fall. During the spring and summer, beech trees create a large canopy with their leaves.

American beech trees have a straight grain with fine to medium texture.

The European beech is similar to the American beech, with only a few differences.

It can grow to be between 50 and 60 feet tall. It shares the same smooth, silver-colored bark. It also shares a very similar grain and wood color.

The main difference between the two trees comes from the leaves. 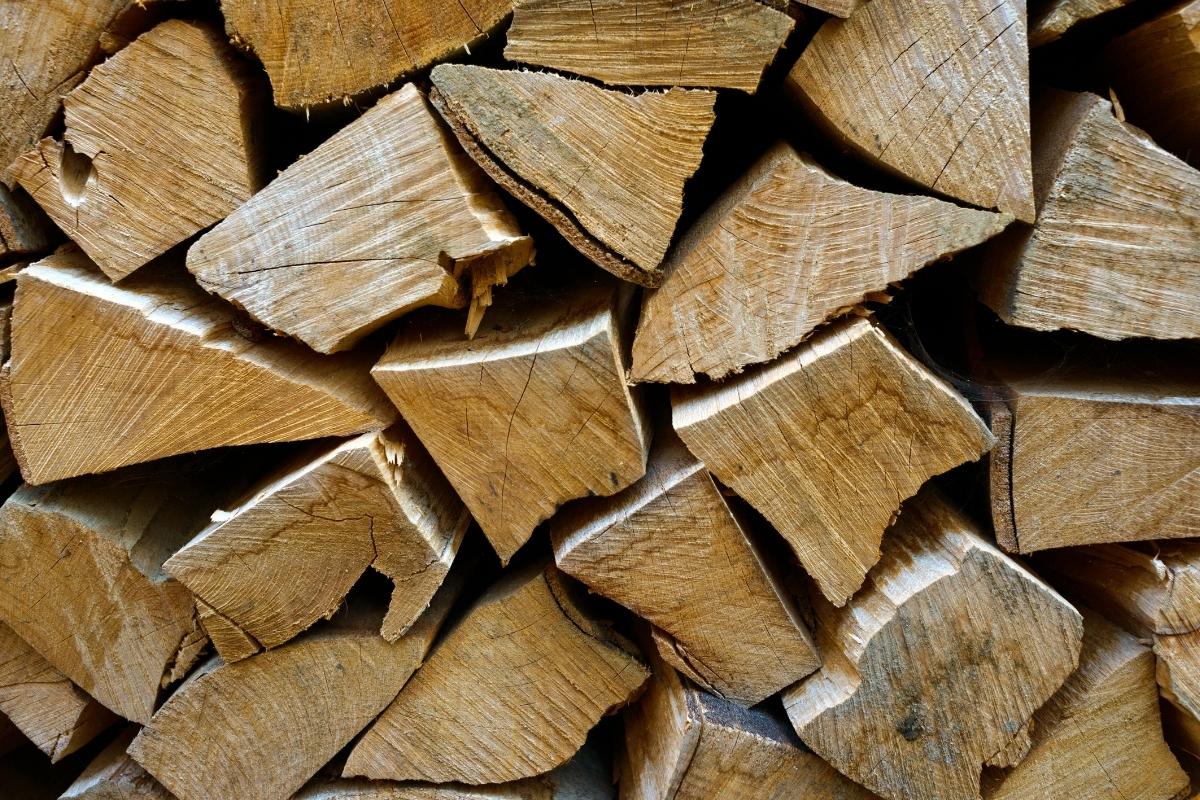 No matter what species of beech tree you have, it’s solid firewood.

Is beech a hardwood?

Beech is indeed a hardwood and one of the least expensive you can find on the market.

Many property owners in the United States use American Beech firewood because they can find the tree easily on their land.

If we compare that to oak, which many consider the best firewood, beech produces nearly the same amount of heat. Or, compared to cherry wood which burns at 10.5 million BTUs per cord, beech is superior.

Since beech is hardwood, it burns longer. People appreciate beech because of its slow-burning qualities.

Beech tree firewood is among the best for indoor fires that heat your home because they produce hot fires that burn for extended periods.

Beech does spark a little, but in general, drying it out will help reduce the chances of sparks. 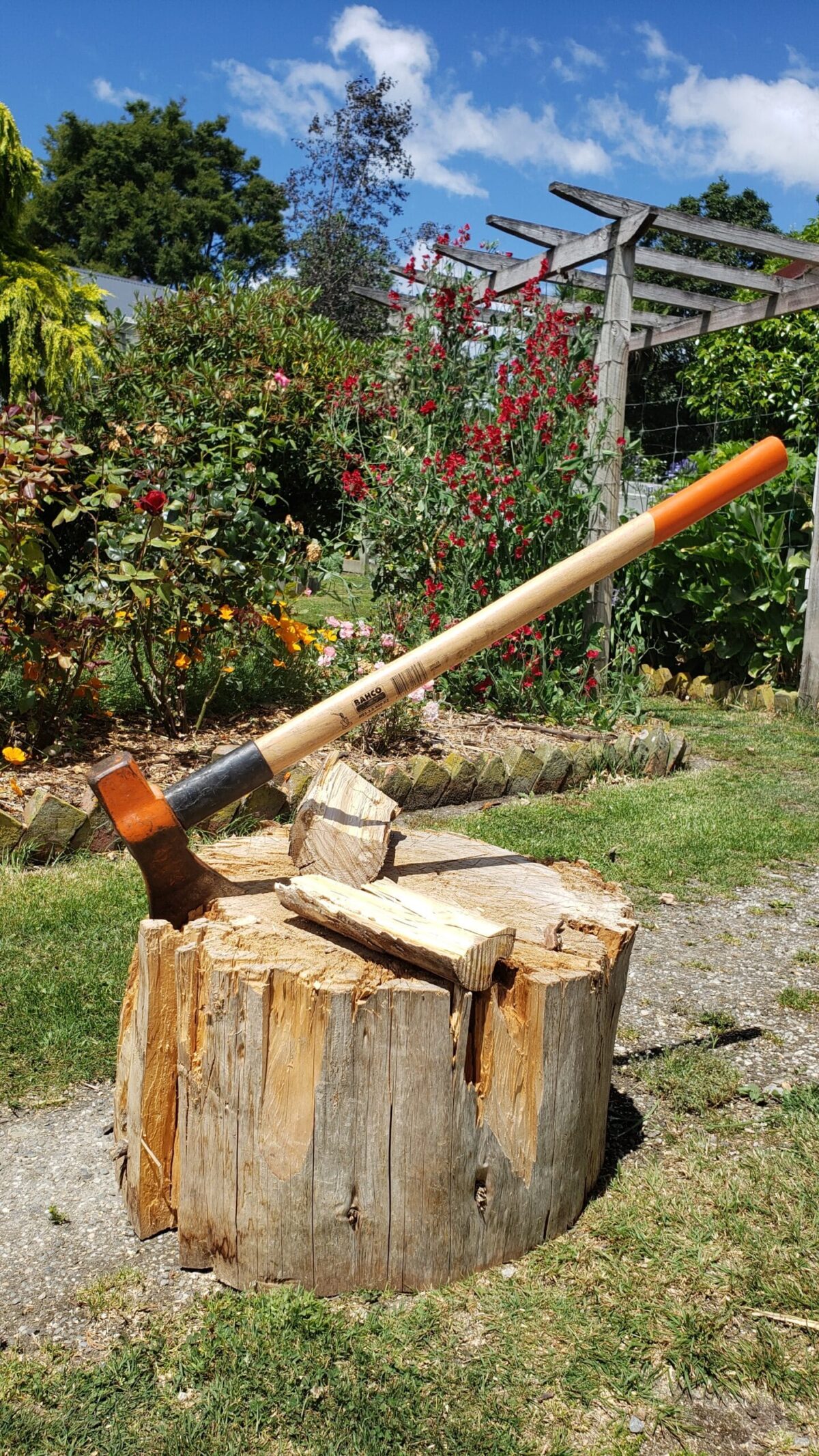 One of the biggest complaints among people who use beech is how hard it is to split.

Splitting wood is an integral step in the seasoning process, so it’s essential to get it right.

The problem people have is how hard beech is, along with the knots that often form inside.

The hardness makes any sort of splitting difficult. But all too often, beech logs also have large knots hidden inside.

The knots can make it difficult to split with a maul or ax. While it’s possible, it takes a lot more effort.

I was surprised the first time I chopped beech after realizing how hard it was. Most people prefer using a log splitter like these 20-ton models.

Here’s a run down of the pros and cons of using beech wood for burning. 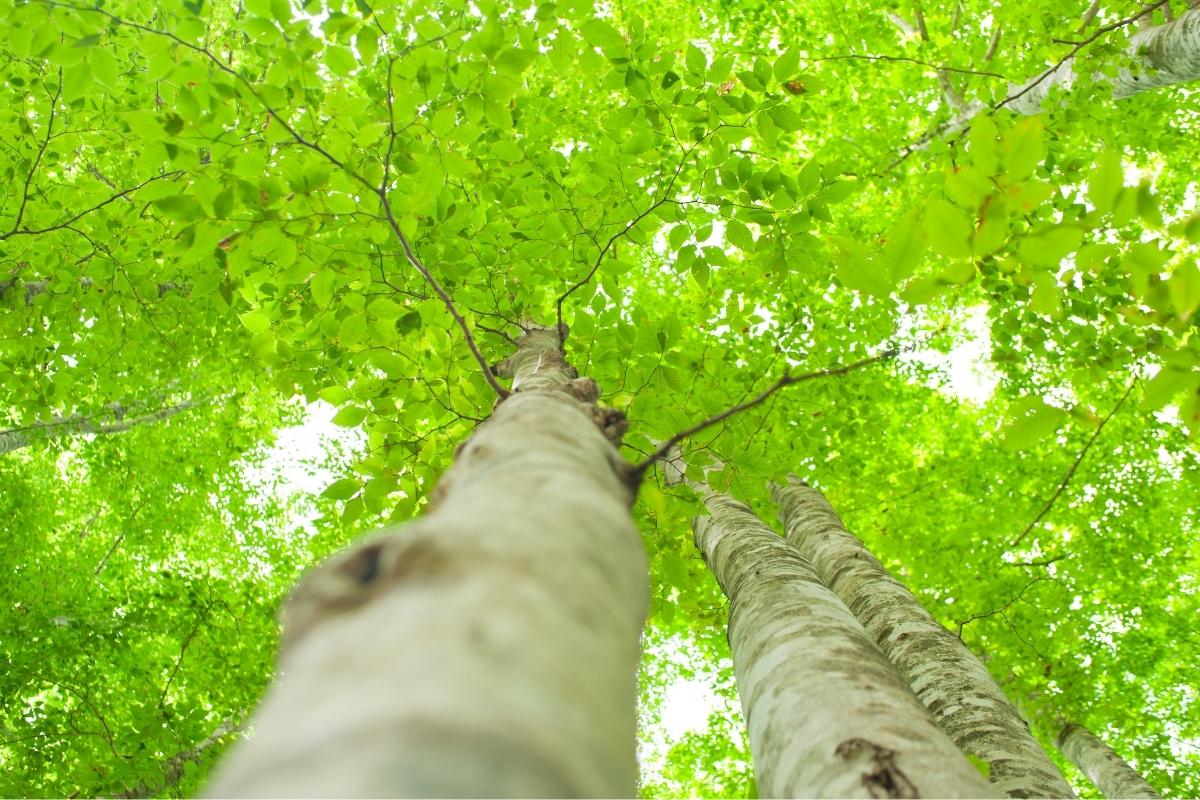 Here are some common questions people ask about beech firewood.

Can you burn beech indoors?

These two features make it an ideal species of tree to burn indoors because it won’t cause smoke inhalation or the potential for an uncontrolled fire.

Beech also produces minimal amounts of creosote. Creosote is a mix of tar, ash, and other natural compounds that plants release when they burn.

You’ve probably heard that certain trees like cedar are rot-resistant.

Unfortunately, beech isn’t one of them. If you plan on using beech for firewood, you must be mindful of how you store it.

How long does it take to cure beech firewood?

Beech takes longer than many other types of firewood.

It’s best to dry it for at least a year and up to two years for the maximum amount of heat. Beechwood has a high level of water that needs to dry out before use.

Curing wood for an extended period also tends to reduce the amount of smoke produced by the fire. Burning beech wood doesn’t generally produce much smoke, but proper curing reduces smoke even more.

So, is beech good firewood?

Yes, it’s among the best firewoods you can buy or harvest yourself – and if you check out the video above, it’s not bad for milling with a powerful Stihl chainsaw either!

If you have the chance to use beech in your fires, you should be happy to take it.

Who knows, maybe you have the perfect beech tree for firewood on your property right now!

Noirot Panel Heater Review: Where It FAILED And Where It Worked Best