The Husqvarna 262XP is a popular saw that’s been described as legendary – some even consider it to be the best 60cc saw ever built.

While parts are getting harder to find the saws are still well worth buying, keeping, maintaining, repairing, and/or modifying.

The saw pictured throughout this article belongs to my neighbor Ian. He bought it new and has used it a lot. It still has great compression and runs really well. 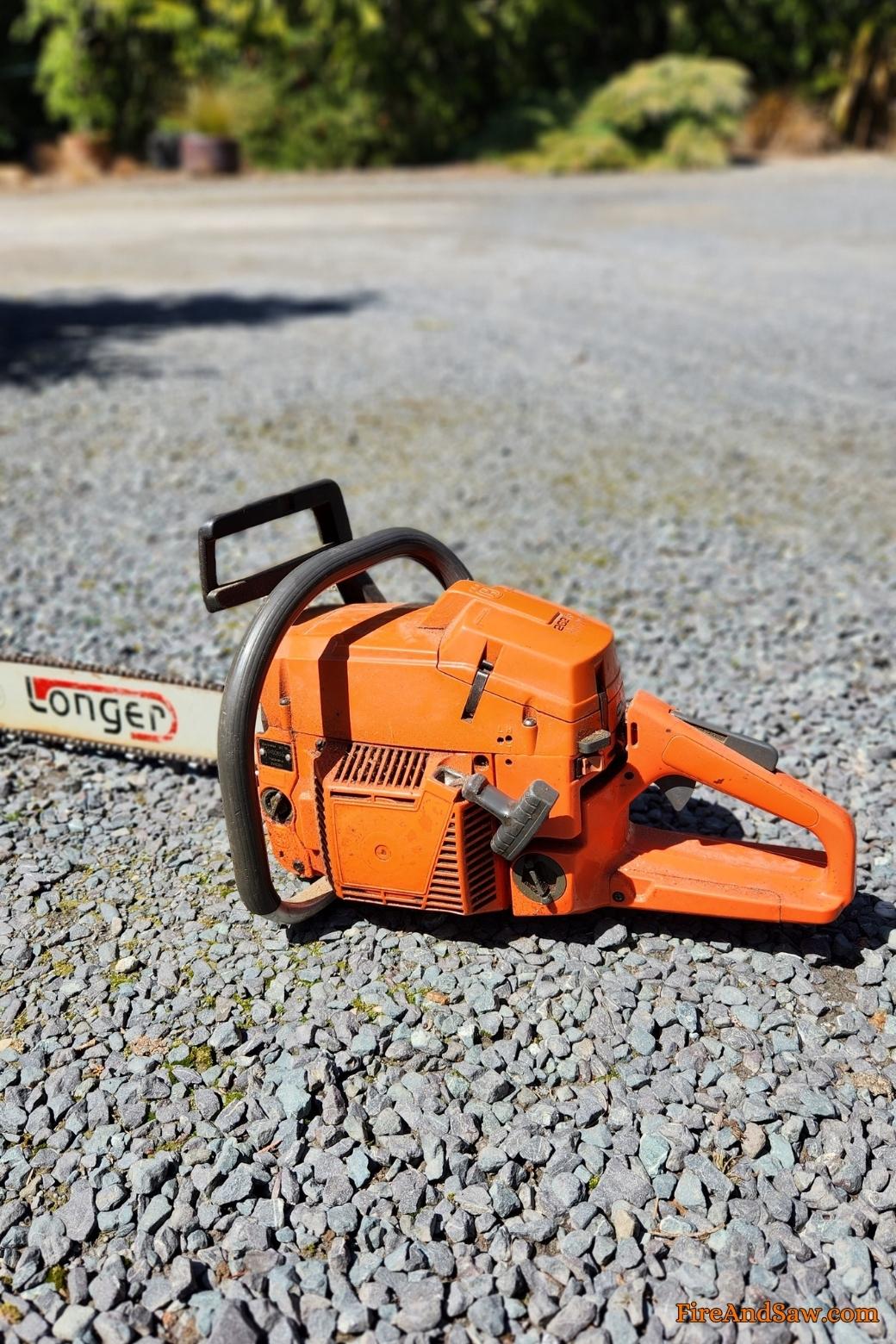 One thing you’ll hear about this saw is that it has a very high-compression engine – and it’s true.

It also has a very good power-to-weight ratio. The powerhead only weighs 12.8 lbs or 5.8 kgs. It doesn’t have a decompression button, which is something the later models did have. Ian told me he now wishes he had the version with the decomp button because the saw is much harder to start now that he’s older. 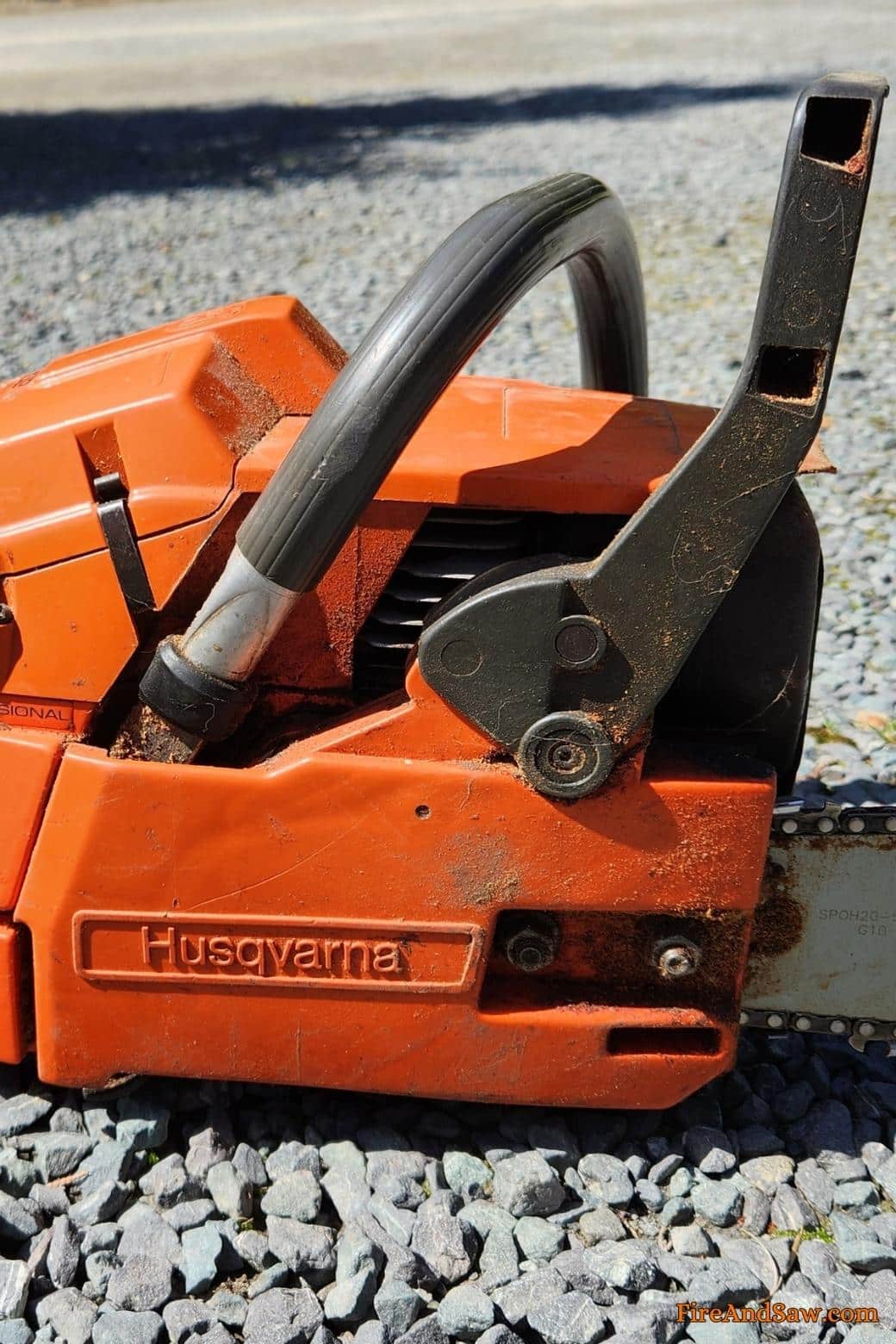 Despite this, he’s obviously a big fan of the saw. It still runs great, it’s reliable, durable, and can go all day and then some.

He runs it with a 20″ bar, which is the recommended max length, but I’ve heard of people running it with up to a 28″ bar.

Ian removed the bucking spikes from his saw to get a bit more length out of the bar. 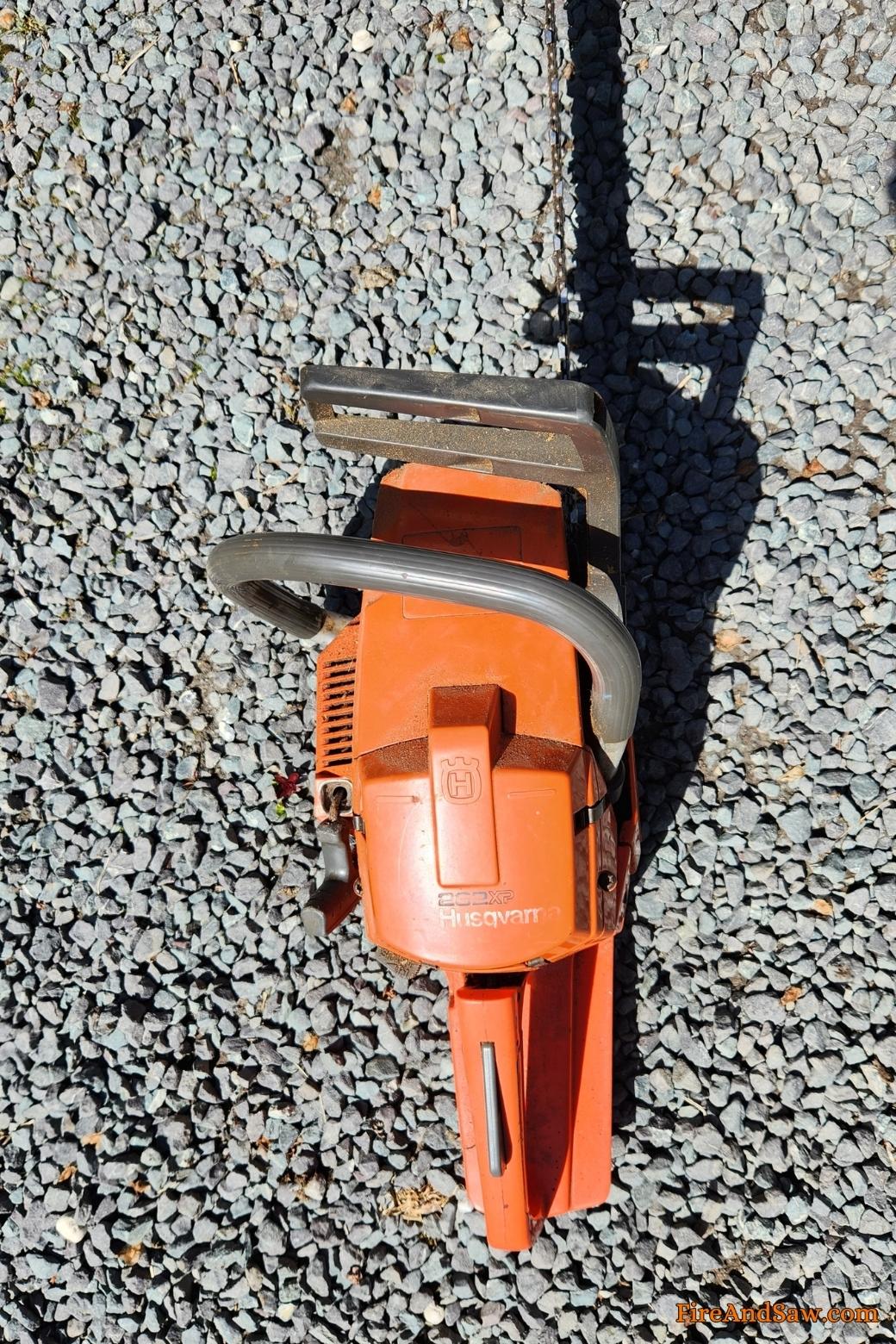 Because the 262 design is not terribly old, it has a fairly decent spring AV system, especially in the later models.

It has all the other features you’d expect on a 90s-era Husky – chain brake, operator presence lever, automatic oiler, magnesium construction, etc.

Quite a few people convert other saws into a 262 as well. 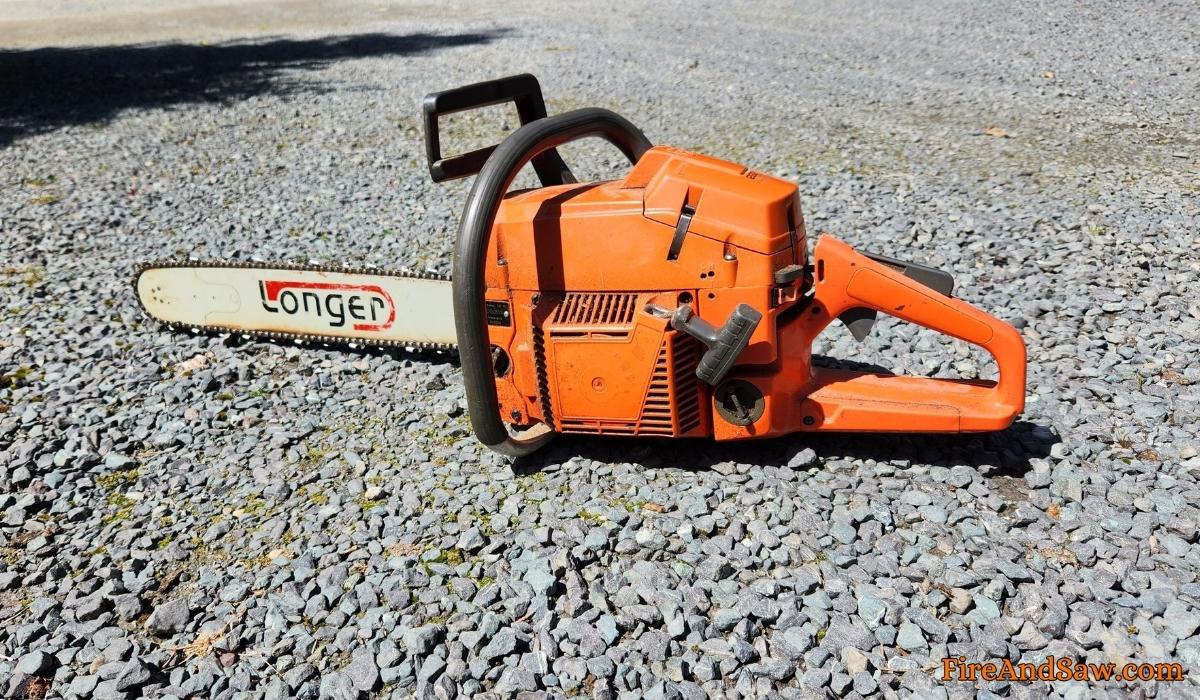 As I’ve already shared, Ian, who owns this saw, rates it highly.

It has been his go-to firewood chainsaw for decades and it’s still going strong. I’m sure it will last another decade or two yet. It reminds me of the old Husqvarna 50 Rancher that I reviewed recently – these saws just go and go.

Ian’s only complaint about the 262 is that it’s getting a bit hard to start because of his age, but other than that, no issues at all.

Here are some other pros and cons along with comments from Husqvarna chainsaw FB groups.

Many people really love their 262s, like this guy:

It does a pretty good job of keeping up with my 562 as well. I won’t ever be getting rid of it but will pass it down to my son.

And to be honest, it’s really hard to find any negative comments about the saw. It’s one of those models that no one has any complaints about.

The three potential downsides are:

But as far as the actual running and capabilities of the saw, it’s a fantastic model that is worth grabbing or holding on to. 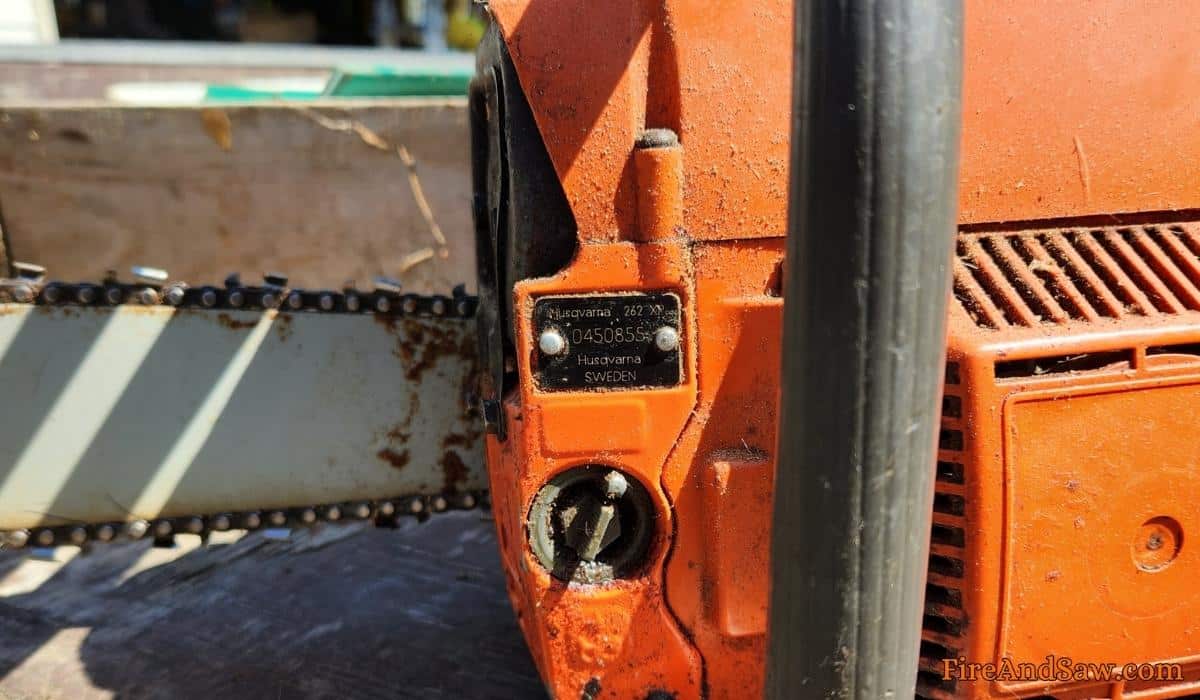 Here are some comments on parts:

Parts availability for saws like the 272 is very good. They are still in production and there is good aftermarket. Parts for the 262 are a bit more difficult as most are discontinued, but you can keep a good one going.

While someone else said,

There are very good used OEM parts everywhere – easy to get them.

Plus, a lot of parts on the 200 series saws are interchangeable so they are not too hard to come by.

So parts availability depends a bit on who you ask, but it will depend on location as well.

Check out prices and parts here:

And the Husky FB groups are also a good place to ask for specific parts. 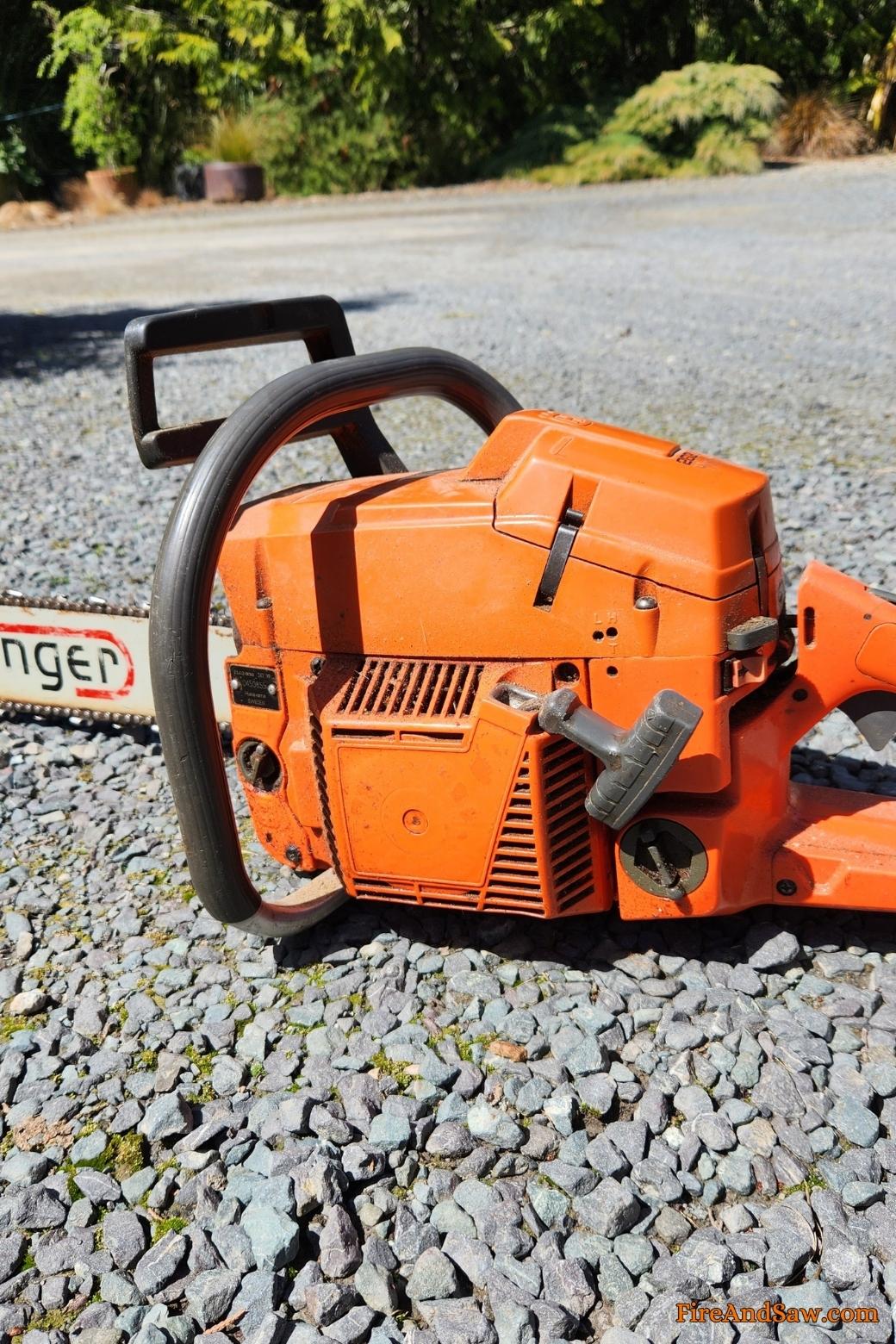 So that’s the Husqvarna 262XP!

Overall, it’s a very popular chainsaw that is much loved by 99% of those who have used or owned one. It’s a highly sought-after saw that has a good resale value, so if you spot one cheap, grab it before someone else does.

Husqvarna chainsaws are generally all well-made, especially pro saws like the 262. They can be trusted to perform highly for a long long time.

Another couple of old Husky saws that are worth keeping an eye open for is the Husky 285 CD and the 357XP.

Let us know your thoughts about the 262 XP and any other Husky saw in the comments below.